The Cannabis plant has many components, and one of them is Cannabidiol or CBD. CBD has strong medicinal properties and can treat various health conditions.

The fact that it’s non-psychoactive, unlike Tetrahydrocannabinol or THC (another component of Cannabis that’s responsible for getting people high), makes Cannabidiol a safe yet effective alternative for some over-the-counter drugs. It’s available in different forms, with CBD oil being the most popular among consumers.

In treating ailments, CBD oil makes use of several mechanisms. Its anti-inflammatory effect is one of the most impressive benefits it brings into our lives.

When a perceived threat or injury takes place in the body, the natural immune system gets triggered, leading to inflammation. This happens because fluid builds up in the affected area after it receives increased blood flow.

The swelling of the affected area naturally causes pain. At this point, the best CBD oil for pain does its work by using the compound’s anti-inflammatory effects.

In more severe cases of inflammation, cartilage and tissues in joints may experience a premature breakdown due to complications from other conditions like arthritis. This can also damage internal organs if not appropriately controlled.

While it’s true that the natural healing process involves inflammation which helps in protecting the body, chronic inflammation can result in depression due to constant pain and anxiety. As a plant-derived medication, Cannabidiol presents itself as a natural alternative to the synthetic drugs available in the market.

CBD Oil For Inflammation: How Does It Work?

By operating through multiple pathways, Cannabidiol works effectively to reduce inflammation. It’s even capable of halting the inflammatory process at different points. Let’s learn more about it below.

An endocannabinoid system or ECS exists in your body, and it’s connected to your central nervous system. The ECS has receptors that play a significant role in the regulation of various nervous system functions. They can also recognize and receive Cannabinoids like CBD. Blocking the transmission of chemical messages responsible for seizures, pains, and inflammation in vulnerable patients becomes possible once CBD binds to the ECS receptors.

CB1 and CB2 are the two primary receptors for cannabinoids in the nervous system. CB1 is responsible for controlling appetite, memory, sleep, mood, and perception. The cannabinoid that deals with CB1 more effectively is THC. CBD, on the other hand, impacts the CB2 receptor better. It’s essential to note that the immune system gets more influenced by CB2.

Aside from CB2, Cannabidiol also binds to transient receptor potential vanilloid 1 or TRPV1 cells to reduce inflammation. What these cells do is regulate temperature and control inflammation in specific areas of the body.

An autoimmune disease like arthritis is one of the reasons why the immune system sends out a signal that causes inflammation. A piece of research found a link between the TRPV1 cells and the inflammation that results from autoimmune diseases. Once CBD binds to TRPV1s, it prevents the inflammation-triggering signals from getting transmitted in the same way it blocks chemical messages after binding to the ECS receptors.

The immune system creates signaling proteins known as cytokines to control the inflammatory response, perception of pain, as well as body temperature in an individual. What Cannabidiol treatment like taking CBD oil does is moderate the cytokine responses, thus reducing pain and inflammation for patients with such ailments.

How Much CBD Oil Should An Individual Who Suffers From Inflammation Take?

Is CBD oil a remedy for inflammation? The answer is yes. But how much of it should you take? Well, the effectiveness of CBD oil in reducing inflammation depends on the dose being taken. So, the anti-inflammatory effect becomes stronger when you’re going to take more of Cannabidiol.

Of course, it would be best to identify the dose based on the level of inflammation. For example, a low strength CBD oil dose may yield the desired results for low-grade inflammation like arthritis in its early stages. Severe inflammation, on the other hand, requires medium to high strength doses.

Long periods of inflammation can be painful and may damage the body. Over-the-counter drugs are the go-to medication for people looking for relief from inflammation and the pain that it causes. The problem with synthetic drugs is that they can cause side-effects if misused. And while they can provide fast-acting relief, the positive effects usually don’t last for very long.

If you’re contemplating an all-natural way to help reduce inflammation, look no further than CBD oil. Cannabidiol is also available in topical ointments, tinctures, edibles, and even gummies. It can be incorporated quite easily into an anti-inflammatory diet if you are following one, so try and derive the maximum possible benefit from it. 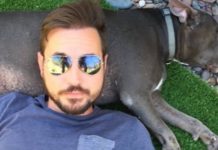