HIBERNIAN’s squad could be forgiven for desiring any semblance of respite following a punishing 2020 schedule.

The Easter Road outfit have played two games a week since January 19, with Sunday’s upcoming trip to Kilmarnock representing their ninth fixture in 28 days; a game of football, on average, every three days.

Head coach Jack Ross has understandably shuffled his pack of late, with the Lewis Stevenson, Darren McGregor and Steven Whittaker among those who have been rotated in and out. 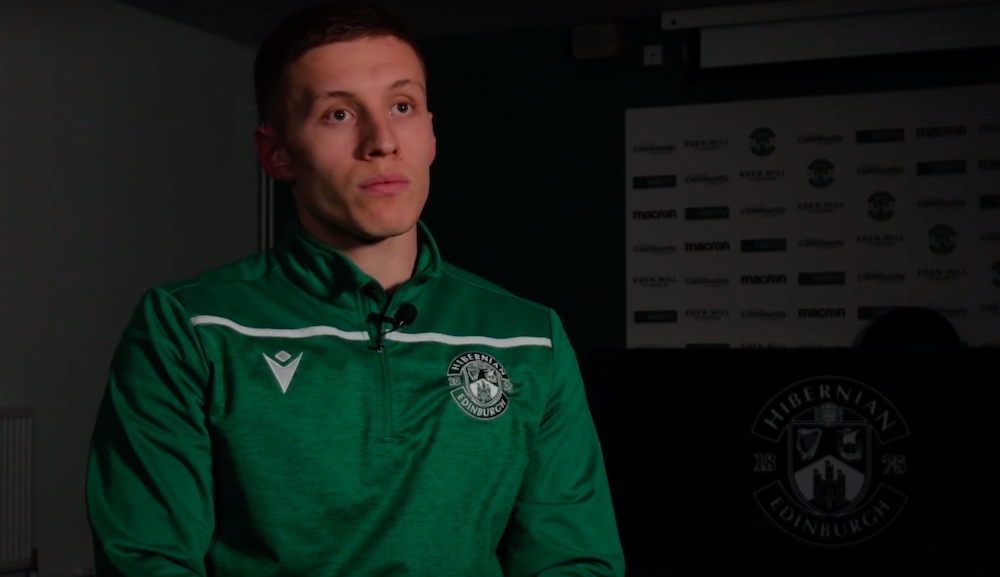 As such, the fact they have no Tuesday or Wednesday outing next week will come as blessed relief to most in Leith.

But not Greg Docherty.

The on loan Rangers midfielder is a man making up for lost time and, as one of the most naturally fit players at the football club, has relished being thrown in at the deep end since his deadline day arrival in the capital.

Docherty, who found his opportunities limited at Ibrox in the first half of the campaign, was named man of the match in the Hibees’ 3-0 win over Ross County on Wednesday and has been a revelation since coming into the fold.

“There are no midweek games coming up for a while, which is disappointing,” smiled Docherty. “I think the other boys are happy with that but I’m a bit gutted!

“A lot of guys have played a lot of football and some players are being rested, carrying niggles after a busy period. But the more games the better, for me.

“At the start of the season I was just waiting for that opportunity and it didn’t really come, so every day I was working hard waiting to see if I would be called upon.

“So I am really enjoying playing football again, under the lights. I’ve had two starts in quick succession and I am getting sharper and getting my fitness back.

“The winning feeling is under-estimated at times, when you are not playing it’s what you strive to get back into the team for.”

Hibs’ comprehensive victory against County ensured they remain one point ahead of Kilmarnock, who stunned Docherty’s parent club, Rangers, with a 2-1 triumph at Rugby Park.

That result in Ayrshire could feasibly spell the end of the Gers’ title hopes but, for the moment, that is none of Docherty’s concern.

His focus is on ensuring Hibs derail the Killie bandwagon and retain their place in the top-six this weekend.

“Kilmarnock will be on a high, it was great result for them on Wednesday,” continued the former Hamilton starlet. “Rugby Park is a difficult place to go at the best of times and, with Sunday’s game on the television, they’ll be right up for it. But so will we.

“Confidence is high after a really strong performance on Wednesday. We probably should have had more than three goals. We will be ready for it.”