RESIDENTS of a Scottish town have been left horrified after £22,000 was spent on a street sign which they claim “looks like the entrance to Auschwitz”.

Images show the black metal structure straddling the street with the words “Welcome to Arbroath High Street” in red paint.

But dozens of residents from the town in Angus were quick to brand the sign an “unmitigated disaster”.

They posted images of the Arbroath sign next to the notorious message that “greeted” arrivals at Auschwitz – “Arbeit Macht Frei” or “work makes you free”.

Some claimed the resemblance is “uncanny” but at least one local condemned them as “sick” for making the comparison.

The commission, paid for by a grant from the Scottish Government, was erected to “encourage all residents and visitors to explore Arbroath”.

But Steve Webster asked: “Whose idea was it to put [up] the Auschwitz sign?

“Perhaps next time, spend some of the £22K on PR to avoid unmitigated disasters like this.

“If we can all see it why couldn’t they?”

Nicky Wilson said: “That’s all I can see when I look at it, the minute I saw it, the resemblance is uncanny.

“That’s all I can think of when I see it, it’s disturbing

John Gilday said: “No you aren’t as soon as I saw it that was the first thing that crossed my mind.

Tara Tasker wrote: “I hate to talk negatively about our wee town but that sign looks awful it’s depressing and ugly.

“It actually reminds me of the terrible entrance to Auschwitz. It’s awful and made worse by the fact no local trades people were involved, not to mention the cost for such an eyesore.”

And Bill Adam said: “It is Wrong on all levels. Wrong place, wrong colour, and the design must have come from Auschwitz.

“Should have gone out to tender. Overall a complete waste of money.”

However, one local, Heather Gow, chided posters for making “disgusting” comments and drawing the “sick” comparison in the first place.

A Jewish teacher from Arbroath said today the sign was a “slap in the face” to her grandparents who were all survivors of the Holocaust.

Maya Bar-Tor, 40, who has a degree in Holocaust history, said: “I saw the sign on the high street and did a double take.

“My mind, whether by fact of being Jewish or well-educated, jumped to visions of Auschwitz.

“The shape and lettering are too close for comfort. It made me uneasy.

“My grandparents on all sides were survivors. Much more of my family was lost to gas chambers and Nazi cruelty.

“There’s a lot of family I’ll never meet because of the Nazis. I’d rather not be reminded of it.

“What were they thinking?”

She added: “I use the Holocaust in my teaching as well, to try and make sure young people learn to recognise and fight the signs of tyranny. That sign is a proper slap in the face.

“Arbroath is a beautiful place and should be advertised as such, not made into a laughing stock. Not to mention £22,000 could go a long way in helping the homeless and disenfranchised in our community.” 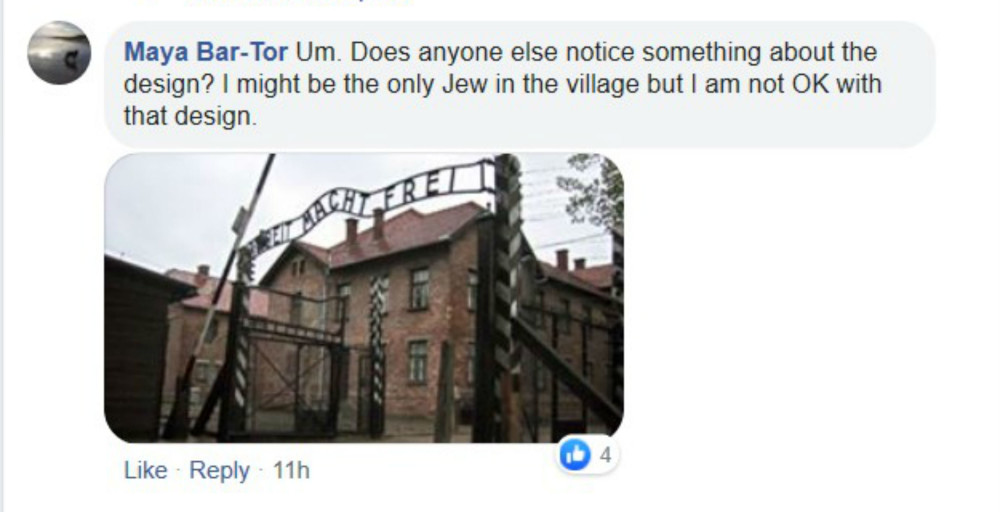 Reacting to the criticism online, The Royal Burgh of Arbroath Community Council concentrated on the cost rather then the design of the sign.

They wrote: “This figure is inclusive of the design and fabrication of the sign, planning permission, legal documents with both business and property owners as well as legal fees.

“We were given professional advice for the chosen contractors and decided to go with them.”

The sign was financed after receiving a £50,000 grant from the Scottish government’s community choices fund back in 2017.

The rest of the money was spent on £8,000 worth of tourist booklets, £12,000 on a community noticeboard, and the rest was spent on bins across the town centre.

New findings into nanobubbles could improve dental and other health treatments