STEVEN NAISMITH has described suggestions of dressing room unrest at Hearts as ‘a lot of rubbish’ and insists the entire squad are fighting for head coach Daniel Stendel.

Reports on Monday claimed there was growing discontent regarding the German’s command of the language, tactics and man management following Saturday’s disappointing 2-2 draw against Hamilton.

Stendel has won just one of his 11 matches in charge of the Jambos and the capital club remain rooted to the foot of the Premiership, one point behind Accies. 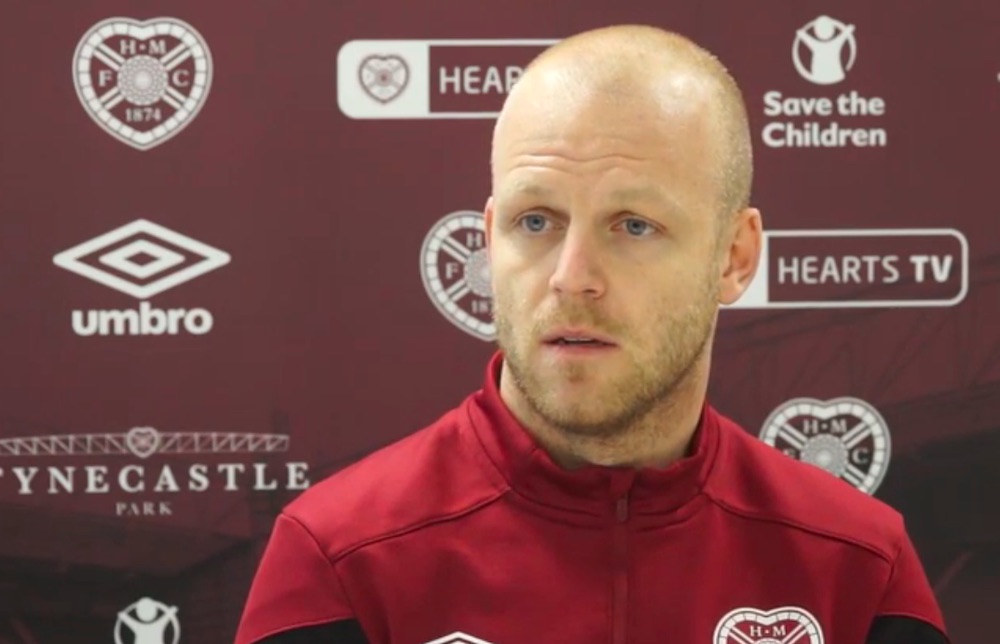 However, Hearts skipper Naismith is adamant the former Barnsley and Hannover manager is getting his message across and says individual errors – rather than the boss’s instructions – are to blame for their woes.

Asked directly about the assertions by club channel Hearts TV, he said: “It’s a lot of rubbish. In terms of the manager’s work, we had a good period going into the winter break and he was crystal clear for everybody to understand.

“The manager’s English is pretty good.

“The bottom line is that it’s been individual errors and a case of one player maybe being out of position or has made the wrong decision – that’s what’s cost us in these games.

“The second half at the weekend shows that we are still fighting, we did want to get back into it and get something from the game. And we achieved that.

“We have had a lot of problems recently but we are fighting together, as one group, to get out of this mess. We know that is the only way to get out of this. If anyone in the group – coach, staff, player – goes their own way, then they’ll be excluded from the group, simple as that.

“One person isn’t going to turn our fortunes around.”

The pressure will be ramped up on Hearts on Friday night when they visit St Mirren, with the Jambos knowing defeat would see them cut six point adrift of the guaranteed safety provided by 10th spot.

However, Naismith has urged his teammates to embrace the tension – and reckons a home win against one of their relegation rivals could change the outlook of their season.

He continued: “We believe we can get out of this, 100 per cent. We are going into a period where we are playing against a lot of the teams around us and, although you are only playing for three points, it psychologically means a bit more.

“And we’ve got to embrace that and play the way we know we can play.

“We need a few games where we come away with three points and that probably releases some of the pressure surrounding this situation. Then we can build upon that.

“It’s a ‘must not lose’ game. That’s the bigger issue.

“We’ll need a better performance than the weekend, to be solid defensively and be confident enough to create chances. We are going into the game firmly aiming to win and we want the result at the weekend to spark a reaction.”