Hearts boss Daniel Stendel was thrilled to collect his first derby win and hopes his team are finally heading in the right direction after climbing off the Premiership basement.

The Gorgie outfit, who are now a point clear of Hamilton, built on Saturday’s Scottish Cup quarter-final victory over Rangers with a hard-fought 3-1 win over rivals Hibs.

All the goals came in the second half, with Sean Clare netting a penalty and Olly Bozanic and Conor Washington also getting on the score sheet. Melker Hallberg notched a late consolation for the hosts.

Stendel, who masterminded successive wins for the first time in his three-month reign, said: “I enjoyed that. It’s my first derby victory and I think the result is great. 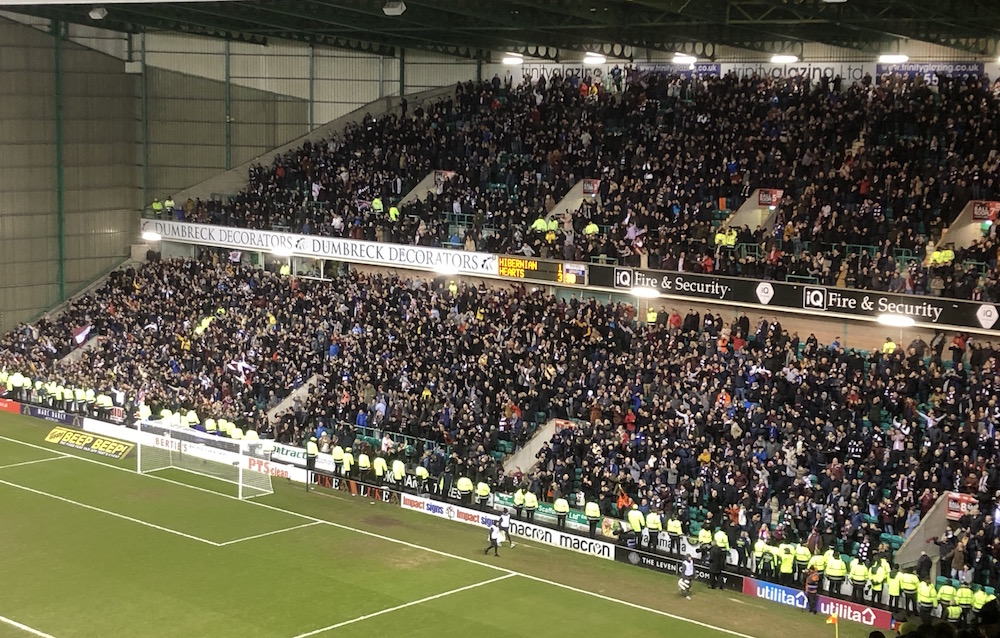 “The penalty changed the game to our side and we got more space.

“To score three goals was great. It’s a brilliant win.

“The fight they showed was really, really good. The important thing is that we won.

“It’s only one step, one game in the league. We have ten games left and we need to keep doing it every week..

“It’s good for our confidence that we can win two in a row. I hope we can do it three times in a row.”

Stendel was also delighted that the Hearts fans left with the bragging rights, especially after the 2-0 Boxing Day loss.

He added: “It was great to see the players being applauded by the fans.

“After the Boxing Day defeat, I thought it was hard for the players to see the opposition celebrating in our castle. Now we’ve done it here.

“We have ten games to go and, if we can play like this every Saturday, we have a chance of staying up.”