Hibs boss Jack Ross admits his team never recovered from losing the opening goal after going down 3-1 to Hearts.

Sean Clare netted from the penalty spot in the 53rd minute after Scott Allan was penalised for handball before Olly Bozanic and Conor Washington got in on the act. Melker Hallberg’s 89th minute consolation was too little, too late.

Ross said: “There was no team in control in the first half and after conceding the first goal, we were poor. 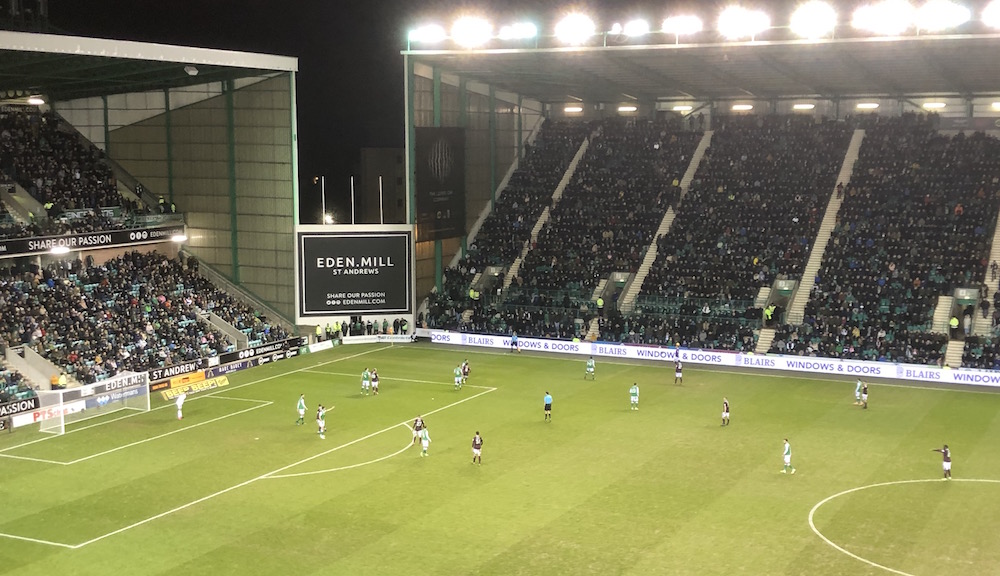 “We lost discipline and shape, were a bit foggy. We weren’t good enough in that part of the game.

“We started chasing the game very early when we needed to take a deep breath.

“That’s an example of us losing our discipline and that shaped how the game went after that.”

Ross admits he wants his team to make amends in next month’s Scottish Cup semi-final against Hearts at Hampden.

He added: “There are a few things to take from it. The soreness and rawness from losing a derby is there.

“I’m not encouraging them not to feel that. It’s important or recognise how sore it is.

“But they will be told they’re really poor. And they’re not.

“They’ve shown that – and they’ve got an opportunity to put that right.

“We’ve got a big chance to put it right in five or six weeks’ time.”