Statues depicting important and pioneering women across Scotland were adorned with #GenerationEqual sashes on Friday, in a show of solidarity towards gender equality.

Fourteen sculptures across Scotland were adorned with the sashes ahead of International Women’s Day yesterday by The First Minister’s National Advisory Council on Women and Girls (NACWG).

They included the statue of Philanthropist Isabella Elder in Glasgow, the statue of social activist Helen Crummy in Edinburgh, the ‘Fisher Jessie’ statue in Aberdeenshire.

The stunt was designed to highlight the scarcity of statues celebrating women in history and their society-changing accomplishments, and drive forward the gender equality movement. 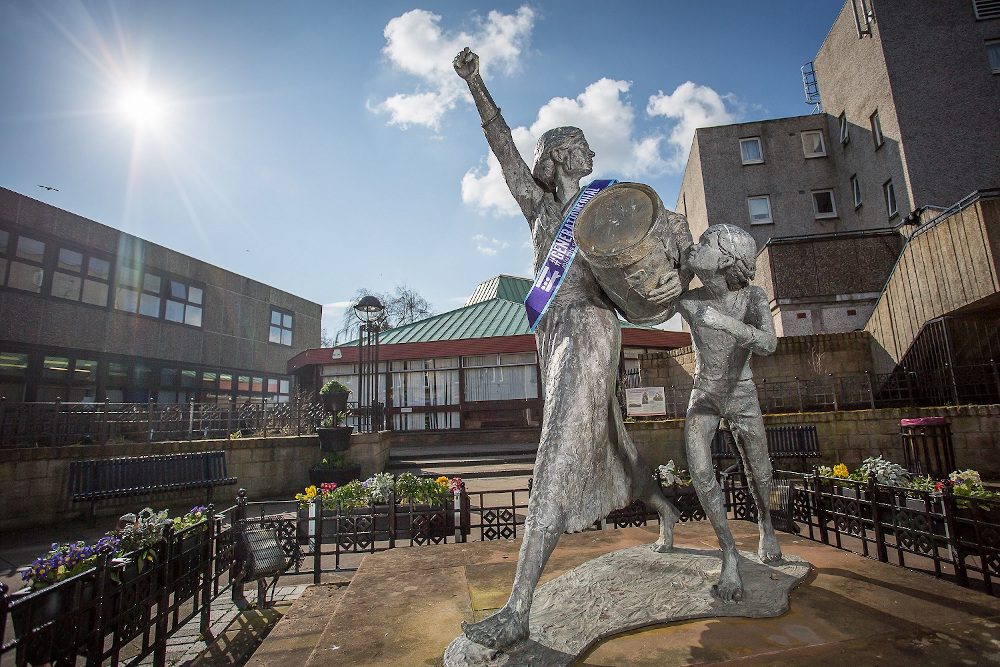 NACWG Co-Chair Louise Macdonald OBE, said: “For generations, our history has been written by one gender. One perspective, one vision, one half of the population. Half of our history is missing.

“We want to highlight this huge inequality by showcasing some of the statues that do exist and call for better recognition of the women who have made a lasting impact through their bravery, intelligence and actions.

“Women are not niche; we are half the world and 52% of the population in Scotland [as per Engender’s latest Sex and Power publication].”

Just one in five statues in the UK are female, with many of these offerings being anonymous women.

Louise added: “We want to encourage conversation around societal change, challenge this underrepresentation and make women’s contributions to society more visible – especially those facing multiple discrimination – in politics, in sport, on boards, and even in the street.

“With so many inspiring accomplishments all too often overlooked, it’s time we paid homage to these amazing women making a difference in today’s society. We hope this activity inspires people of all age, race, gender, religion and belief to join the conversation.”