The Scotland Under-21 midfielder has become one of the most talked about talents in Europe after picking up successive man of the match awards in the victories over Liverpool and Everton.

Sky Sports pundit Neville watched the 18-year-old dominate Sunday’s 4-0 win over the Toffees in his full Premier League debut and insists the former Rangers trainee must not allow his hunger to be diluted by money and fame. 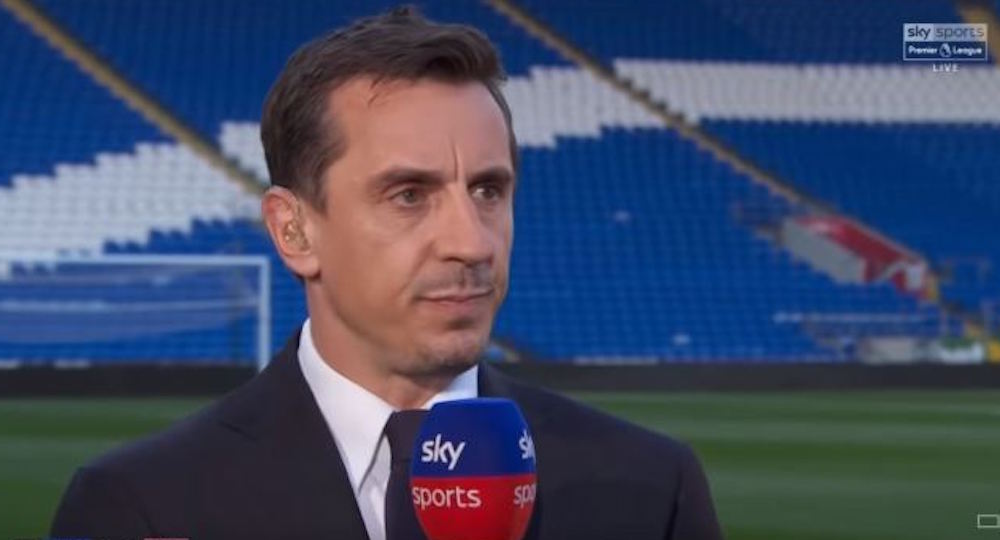 Neville said: “The fans listening at home will never think that this is something that players will find difficult to deal with but you take a kid like that.

“Nobody is looking at the kid thinking anything other than positive thoughts.

“It does not matter who you are. You’ve grown up playing football, you basically fall in love with football at the age of five not because of a car or because of money, you fall in love because you just love doing it.

“He’s got to be able to cope with that.

“The fans watching at home will say, ‘I would love that problem to have’, and obviously that is something that is a privileged position to be in but you see a lot of lads get carried away.

“So when the lads (in the studio) talk about not getting carried away keeping your feet on the ground it’s because we’ve seen hundreds of examples with players.

“They’ve been given contracts and all of a sudden their hunger drops, their desire drops because the fame is there, the fortune’s there, the car and the house and before you know it your football has gone and the football is the most important thing.”