FURIOUS Celtic fans have accused their own club of double standards after they were banned from meeting players over coronavirus fears.

Celtic have told their stars to avoid interaction with fans, including giving autographs and taking selfies.

But angry supporters, who pay over £500 a year for season tickets, have hit back with claims that hot water, soap and paper towels are not available in the toilets at Celtic Park. 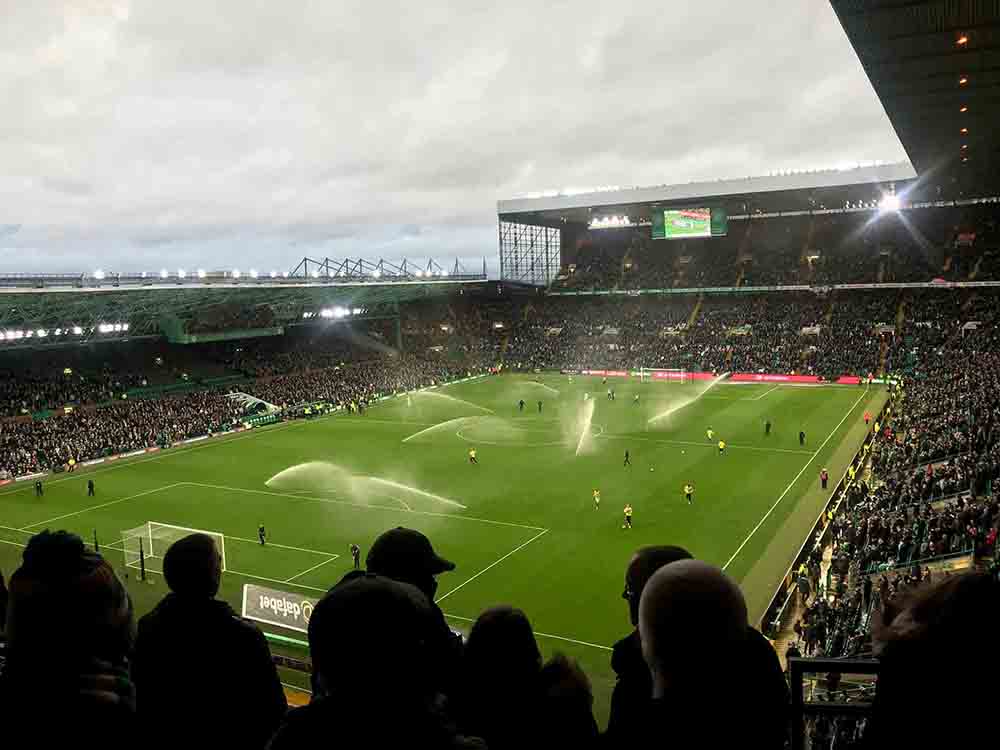 One fan pointed out the club is still confiscating bottles of hand sanitiser as part of its “no bottles” policy.

@Seannyho raged: “No warm water, no soap in a lot of dispensers, empty machines for hand wash, running out of hand towels.

He added: “So many elderly supporters attending the stadium last week. Surely we have enough money to have these basic provisions in the stadium.”

@KerriDocherty posted: “What about fans who PAY to be there & have no warm water or soap in the toilets & get tiny bottles of sanitizer taken off them at the turnstiles.”

@CeltsForChange2 commented: “You don’t even have hot running water in the toilets but charging over 600 for a season ticket what chance do we have.”

@parko1967 also said: “Hot water to wash hands after going to the toilet for fans? Was that discussed? Is it important, do you care? What are you doing to minimise any risk for me catching anything when I visit the stadium?”

@ticgran also posted: “In all time I’ve been going to games there’s never been hot water or soap in ladies toilet. Please rectify this.”

In their statement, the club said: “In response to health advice being given and in line with a number of other clubs globally, Celtic will be asking players to limit their appearances at events outwith training and playing duties, and to temporarily avoid interactions such as providing photographs/selfies or autographs.

“The Club has already put in place a number of its own appropriate proactive measures across all Club operations and venues. These additional measures aim to protect the ongoing well-being of the Celtic squad and mirror the approach taken by a number of other clubs.

“Clearly, the Club and our players know the huge importance of making time for our supporters and, of course, we regret any inconvenience caused by these temporary measures.

“We thank all our fans for their continuing support.”