Hearts manager Daniel Stendel insists the SPFL must find a ‘fair’ solution for the Premiership after admitting he fears that the remaining fixtures will not be completed.

The indefinite closure of all professional football in Scotland due to the coronavirus has raised questions on how champions, promotions and relegations could be decided should there not be enough time to fulfil the fixture card.

Celtic boss Neil Lennon has already made it clear that he believes his side should be handed the title if those concerns are realised. 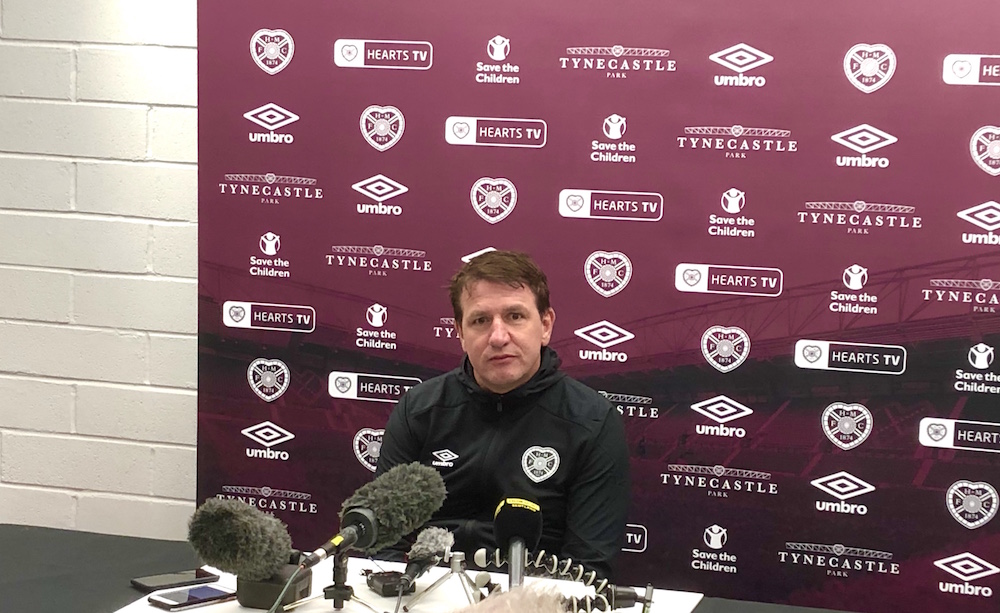 Hearts are in a precarious position at the top-flight basement, with the Gorgie outfit four points adrift of 11th place Hamilton with eight games to play.

Stendel said as recently as Monday that a decision regarding the final placings cannot be determined by the current standings and has reiterated that stance.

Stendel, whose side had been due to play Livingston on Sunday, said: “We do not know what will happen next. I’m sure that the clubs will be speaking to the league and a sensible decision will be made. I have said before that I think the league should be played to a finish and I believe that is the fair thing to do.

“However, I do not know if this can happen so we need a solution that is fair to everyone and I am sure that this is what the league will do.

“For now we will plan the best way for the players to keep fit and be ready in case we can start playing games again.

“It is a big blow for everyone to have no football but this is an extraordinary situation and people’s health must come first.

“You see in other countries that games are being postponed, then you have European games and English games called off so it makes sense that matches in Scotland are the same.”