With two significant anniversaries falling in the one year, 2020 is shaping up to be a very special one for Coupar Angus Hotelier Alan Bannerman, as two of his hospitality businesses forge ahead with new marketing campaigns to keep them at the forefront of their sectors.

His Hotel, the Red House Hotel, the only one left in Coupar Angus, has been owned and run by the Bannerman family for the past forty years. Dating back to Victorian times, when Coupar Angus had a vibrant railway station, the building was originally called The Railway Hotel.

When the trains ceased to run, the neighbouring potato store and railway yard was purchased by Alan’s father Norman, and his Uncle Telford, from then owners, Scottish Brewers, in 1979, with the two men calling their business partnership, Nortel Leisure. Redeveloping the building back into a Hotel, which they called The Red House Hotel, the business its doors to guests in 1980.

Whilst Alan’s father Norman is still involved in the business today, his Uncle Telford sadly died shortly after the hotel first opened. Alan, together with his siblings Ian and Susan, formed a partnership with his dad, and mum Moyra, to continue to run the Hotel together.

Alan has effectively taken the reins for the past twenty years, investing over £400k to build up the hotel’s brand and offering to compete effectively in today’s market. Along with every bedroom now being en-suite, three rooms at the hotel are more accessible for the less able bodied, with one having wheelchair access.

On the leisure side, the Hotel has a state of the art gym which has recently been refurbished. Other facilities include a sauna and squash court, together with a Sports bar offering snooker and pool. The 160 seater function suite hosts around twenty four weddings a year.

In what is a more continental approach to service, the Red House Hotel offers a full all day menu, under Head Chef Nigel Liston, so that guests can enjoy its range of dishes anytime of the day. Created using ingredients from a range of local Perthshire suppliers, these include two local butchers, T H Stevenson Butchers from Stanley, and David Reid from Burrelton. All beer and lagers are supplied by Tennents in a long running relationship.

A recent highlight reflecting Alan’s support of many local golf courses in the area, including Blairgowrie, came in 2016 when The Red House Hotel won Best Golf Hotel (20 rooms or less) from Scottish Golf Tourism Association. The Hotel was also nominated in the same category in 2019, with the Hotel continuing to offer superbly priced play and stay golf packages.

“It’s been a very eventful forty years you could say!” said Alan Bannerman, “We are very grateful to still be here in Coupar Angus running this Hotel which, as well as being a landmark in the town, is actually one of Coupar Angus’s largest employers. We’re open all year round and have a strong reputation for good old fashioned personal service, and for retaining the same staff over the years.”

“I am sure my Uncle Telford would be very proud of how well the Red House Hotel has fared for itself over the past four decades, which have seen huge changes in customers’ short breaks and leisure habits,” continued Alan. “It’s a shame that so many other Hotels in the town have ended up closing. This is a stunning part of Scotland with so much to see and do, from hillwalking and golfing, to visiting distilleries and Castles. We’re only forty five minutes from the Glenshee Ski Centre, and the new V&A in Dundee is a very accessible day trip from here too. We want to showcase the whole area!” 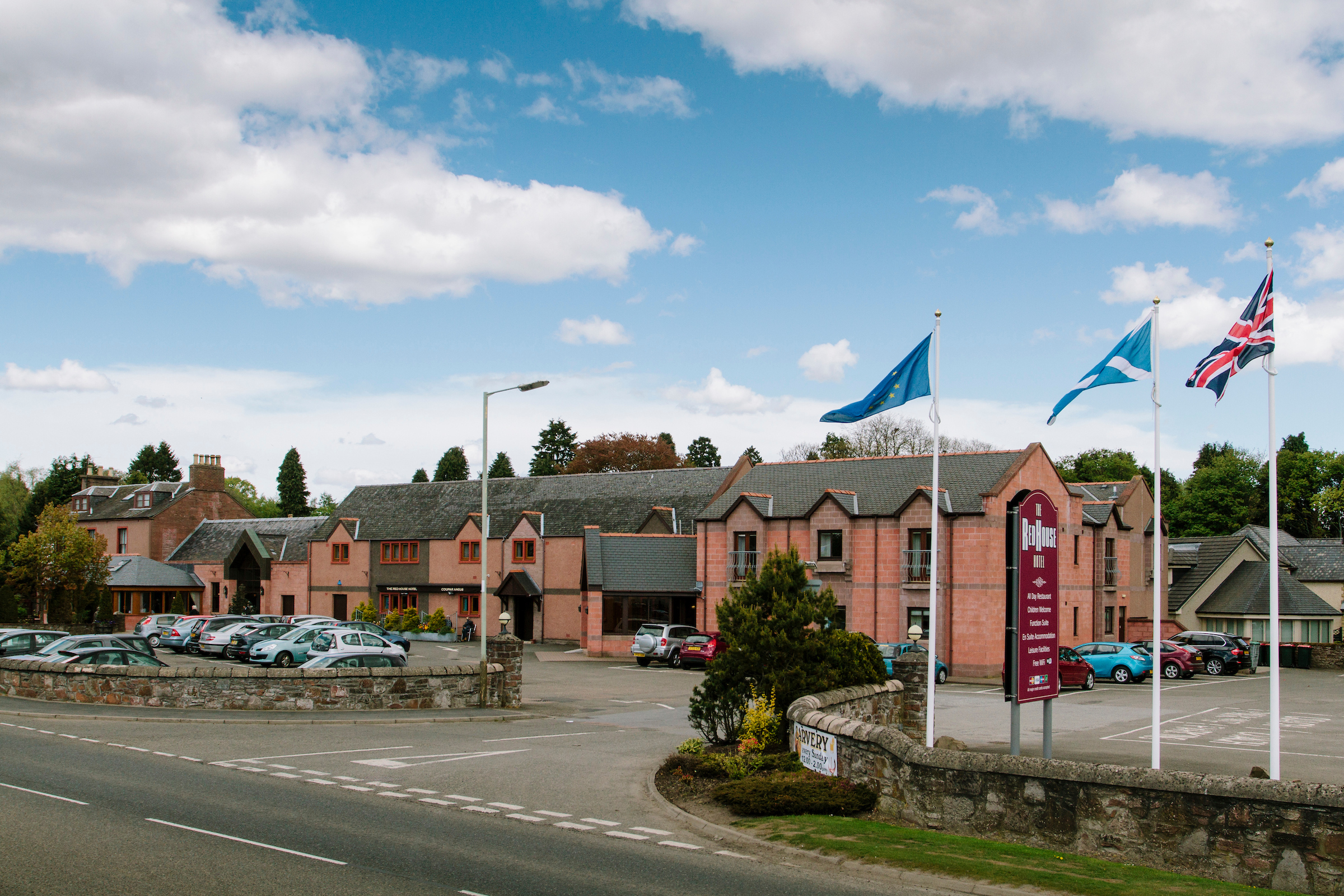 Also celebrating an anniversary, having been added to the business portfolio in 2009, is The Dalmore Inn, in Blairgowrie. Originally a small hotel which had fallen into a state of disrepair, Alan carried out a major £1m refurbishment to create a stylish 120 cover Scottish country restaurant and bar with its own label gin.    He also has Number 31 at Wellmeadow in Blairgowrie, a popular Café/bar serving food and snacks all day.

“It was a good decision to add The Dalmore Inn to our portfolio ten years ago, and it’s yet another reason to look back and be proud of what we have achieved,” said Alan. “Food provenance is everything at the moment and our focus here, as well as at the Red House, is to communicate that to our customers, which I think we now do very well, with plenty information provided to them about all our food and drink suppliers, many of whom we have used for a long time.”

A team of twenty four operate at The Dalmore Inn, with Front of House Arnaud Merrouche and Head Chef Iain Naismith, heading up the business. The seasonal lunch and dinner menus are changed every three to four months. Regular gin events, where the Inn’s own label gin, exclusively created by Persie Gin, is showcased, have become very well attended by locals.

“Both businesses have recently benefitted from new websites,” said Alan,” It’s another investment to make, but so important that we present ourselves well. “We’re also undertaking a new PR and Marketing campaign, with media from all over the UK coming to sample what we have on offer. We can’t think of a better way to celebrate our two special anniversaries!”