If you are a US citizen thinking of visiting Russia, you’ll be glad to hear that for the most part, traveling to this country is safe. However, as a visitor, there’s always going to be risks and unsafe situations that you might encounter, so it’s good to keep some general health and safety tips in mind to make sure that you have a fun, enjoyable and memorable stay.

Even the Russians don’t drink the tap water, so don’t pour yourself a glass from the tap if you are thirsty; it’s much safer to stock up on bottled water. If you think that you might struggle, bring a water filtration bottle along with you.

Russian tap water isn’t sanitized for drinking, and it might be even more dangerous for you compared to the locals because it may contain elements your body isn’t used to. If you’re staying in St Petersburg, definitely stay away from the tap water because some of the pipes are as old as the city itself.

Be careful when drinking vodka:

You can’t really go to Russia without enjoying a drink of Vodka, but be careful what you drink. Make sure that it has been purchased at a store and has been labelled correctly; bootleg vodka can be extremely dangerous. If the price of a bottle of vodka seems too good to be true, it probably is. You could end up unknowingly drinking something dangerous like disinfectant or shoe polish.

Be vigilant on trains:

The Russian trains are great, the Russian train tickets service is easy to use online and the journeys are very picturesque, making train travel the basis of some award-winning tours to Russia 2021. However, it’s always a wise idea to be vigilant when traveling on the trains, pretty much in the same way as you would in any other strange country. If you’re asked to drink and dine with strangers on the train, of course, accept their invitation if you want to but be sure to stay alert and sober.

Be smart about your money:

Avoid flashing your money around when traveling in Russia. It’s a safe country and police do patrol the streets, but just like anywhere else, pickpockets and thieves are waiting for tourists to show them how much money they have and where they keep it. You might want to invest in a travel money belt that you can wear underneath your clothes to discreetly store your cash. And don’t have it all on you at once.

Be aware of discrimination:

It’s unfortunate but discrimination can be higher in Russia than many other countries that you might travel to; you are likely to see more discrimination against ethnic minorities, people with disabilities, and gay people compared to what you would see at home. But don’t let this discourage you or change who you are! And in the bigger cities like St Petersburg and Moscow, discrimination is becoming more and more a thing of the past as the populations become more diverse.

The bottom line is that Russia is very safe to visit for U.S citizens; just use common sense and look after yourself, and you will be fine. 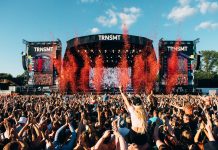 Scottish festivals set to make their return this summer 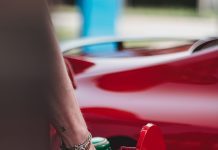 How Many Liters of Fuel Are We Going to Buy for Average Pay in Europe? 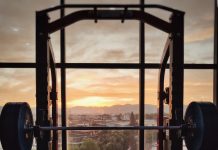