East Fife winger Danny Denholm has had his football taken away from him and lost money having to postpone his wedding due to the coronavirus.

However, the 29-year-old primary school PE teacher still regards himself as one the lucky ones in that he still has his job and health.

The former Livingston and Arbroath playmaker and fiancé Katie were forced to take the gut-wrenching decision to shelve their marriage plans on Wednesday after initially setting a date of April 4. 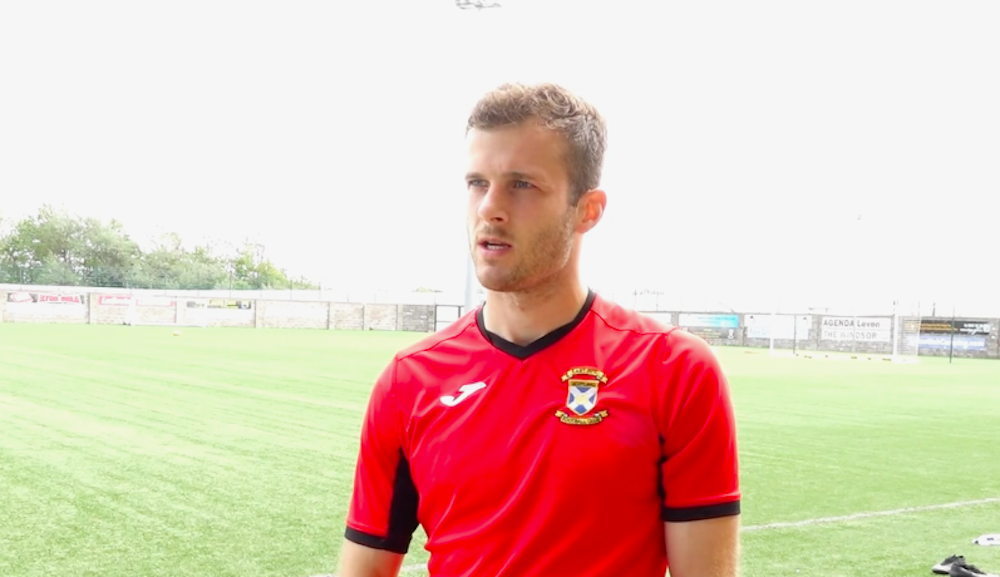 The pair now hope to tie the knot in August but Denholm insists what he has been through pales into insignificance when others are being made redundant due to the crisis.

Denholm, who has made 29 appearances for the League Two promotion hopefuls this season, said: “My wedding was meant to be in two-and-a-half weeks’ time but we had to postpone it.

“It was supposed to be on April 4 but we’ve pushed it back to the middle August, but you don’t know if that’s even going to be okay.

“We’ve taken a wee bit of a financial hit but it’s not an awful lot of money.

“My fiancé Katie is a bit more relieved now but we only decided to postpone it on Wednesday afternoon and she was in tears phoning me about it.

“People kept saying, ‘you must be upset’. Of course you’re upset but at the same time I’m not losing my job, it’s just a party that’s getting pushed back a few months.

“There has been a lot of good faith from the businesses involved because we’ve spent a fair bit on it but they’re saying they won’t charge you, we’ll just have it at a later date. We really appreciate that.”

Even though the schools have been temporarily closed, Denholm still expects to have to attend his work in Fife.

He added: “We’ll still be in but the kids won’t. I think there still be some kids whose parents work for the emergency services who will be in.

“We don’t know how it will look but we’ll be in in some sort of capacity.”

Denholm, who runs the popular podcast and blog under the title Lower League Ramblings, particularly has sympathy for team-mate Jordan Hart after the goalkeeper announced on Twitter during the week that he had been made redundant from his job in sales and marketing.

Denholm added: “I at least have something to distract myself with and I’m happy for that and being a teacher I know I’m going to get paid.

“There are boys in my team who have been made redundant, I saw on Twitter that Jordan Hart was one of them.

“Businesses are having to let employers go.

“It’s been crazy and everyone is in that uncertainty mode, no-one really knows what’s happening.”