THE coronavirus crisis has already wrecked Nicky Devlin’s stag do.

Now he is praying the SPFL don’t wipe out his wedding.

The Livingston ace had been due to toast his upcoming marriage to fiancée Lauren with a trip to Berlin with his mates on May 22. 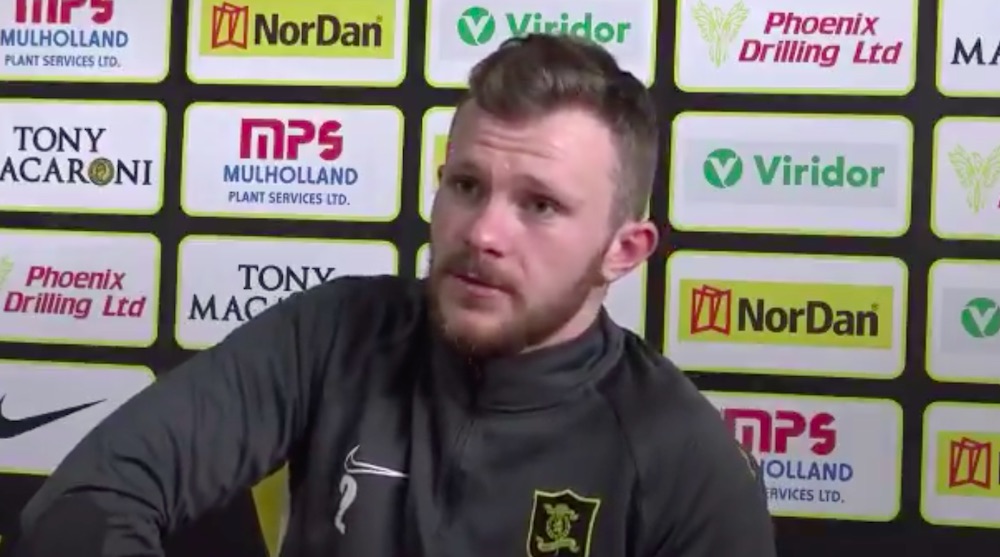 However, the Covid-19 outbreak put paid to those plans and, while he knows it is a small price to pay amid a global pandemic, it did not make pressing the cancel button any less galling.

He rued: “I was a bit devastated. We were all due to be going to Berlin and, as I was cancelling the hotels this week, you can’t help but be gutted.

“I’ve still got the flights booked so, if this somehow blows over in the next couple of weeks, I’ll be re-booking those hotels!

“I’m quite lucky because I’ve been engaged for a couple of years and, last year, 10-or-so of us went down for a race meeting in York and had a really good day.

“We did that because I didn’t know where I would be playing this season and, in case I wasn’t able to get away, I wanted to make sure we did something.

“I never dreamed something like this would be the reason we didn’t get a proper trip, though.”

However, Devlin insists the fate of his wedding day is a far more pressing concerning.

Nicky and Lauren are due to tie the knot on June 14 and he remains hopeful that the unprecedented outbreak will have calmed down sufficiently to allow their big day to go ahead without a hitch.

However, a further complication could be added if the Scottish football authorities decide to extend the season deep into the summer in a bid to fulfil all remaining fixtures.

Uefa have given European leagues until June 30 to complete their domestic calendars but Devlin believes that is fraught with obstacles, given how many players already have weddings, holidays and other major events booked.

Devlin continued: “The main thing for us is that the wedding still goes ahead. That is probably a bit touch-and-go right now – and a bit of a touchy subject in the house.

“Big Jon Guthrie [Livingston defender] is the weekend before me as well so he’s going through the same thing.

“That’s what a lot of people are forgetting during the discussions [about the league]; many players will have summer plans that could have been years in the making, or holidays booked. We have a really small window as players to do these things.

“For example, we’ve been offered different dates to get married by the venue but we can’t take any them because they are during next season. Lots of players are in the same boat and it would be really tough if we are told to play games during the summer.”

He laughed: “I get married on a Sunday so, if the season’s still going on, let’s hope we’re not the TV game that weekend!”

As with many fellow professionals, managers and directors alike, Devlin, who recently returned to action against St Johnstone following a five-month layoff due to a knee injury, is simply hungry for clarity.

He added: “There’s a lot for the decision-makers to chew over. It’s a situation that has never happened before and hopefully won’t ever happen again, so you’ve got to feel for them.

“But there is going to come a point where they need to bite the bullet and make a decision.

“Whatever that may be, we’ll get on with it – but it would be good for everyone in Scottish football if it’s sooner rather than later.”