There is this known rumour that wine helps people sleep better and more peacefully. Although it is just a rumour, there is some truth to it, according to some studies.

These studies suggest that certain compounds help the body sleep. One of these compounds includes Melatonin. Melatonin is a hormone that induces sleep by telling the body that it is time for bed. Not only that, but Melatonin also is an antioxidant that detoxifies cells.

For years, scientists have been wondering why white wine does not have the same effect as red wines. It turns out, these effects are solely dependent on how the wines are made.

In making red wines, the skin is still intact during fermentation. Melatonin is mostly found on these grape skins. The dosage of hormones in these wines is based on how much grape skin is included in making the wine. White wine, on the other hand, removes the grape skin before the fermentation, removing most of the hormone intact in the final product.

Also, the amount of Melatonin found on these grape skins varies on the type of grape. An example of this is Nebbiolo. It is a kind of grape that has a large amount of Melatonin in its skin. Nebbiolo is the main grape used in wines such as Barbaresco and Barolo that is a wine made in Italy.

Other wines that also have a vast amount of Melatonin are Cabernet Sauvignon and Merlot. However, white wines that are made from Cabernet Franc grapes have a relatively low amount compared when compared to other red wines.

One of the most common mistakes people make is that they drink wine right before they sleep. While it may be true that by drinking wine, the release of the hormones including Melatonin will be faster, the core temperature of your body will be lowered, and there will metabolic changes in your body to help you sleep faster, it is also true that liquor can disrupt your sleep a few hours after.

Because of the liquor’s disruption after a few hours of sleep, you will feel more groggy the next morning because of the disturbance. Not to mention that it will also ruin your sleep schedule. Researchers suggest that you should drink wine a few hours before you go to bed, not right before you sleep to avoid these disruptions.

Take note, however, that despite drinking wine hours before you sleep can help you sleep faster, the quality of that sleep will be lessened. This is mainly due to the alcoholic nature of the drink. Just like any alcoholic drinks, wine can also disrupt sleep schedules, more moments of wakefulness, and making your sleep time lesser and lesser.

To lessen these effects and get more of the good stuff, here are what you can do:

Here are some wine varieties that you can consume before bedtime.

Malbec grapes are one of the few grapes with thick skin that is loaded with resveratrol and Melatonin. If you don’t know what resveratrol is, it is a kind of antioxidant that is good for your cardiovascular health and immunity.

When compared with Cabernet Sauvignon and Merlot, it has four times more antioxidant content than Merlot and twice as many as Cabernet. This is mainly due to the geography where the grape was planted. Malbec is mostly planted in Argentina and Chile, where the Pacific Ocean air meets with the cold air that the Andes mountains have.

Pinot Noir, being one of the most popular varieties in the world, is the most easy-to-pair variety as well as being the most versatile in terms of taste and flavour. Because of this, they can almost always be seen at dinner parties and events and are also being produced in all of the wine-producing continents in the world.

Also, one of the critical features that Pinot Noir offers is its health benefits, especially its healthy dose of cholesterol-reducing agents such as anthocyanins and procyanidins. The variety boasts of its 640 micrograms of resveratrol every four ounces, which is optimal for our body.

Cabernet Sauvignon is the most famous wine in the United States, especially Caymus. The grape is also the most planted grape wine in all of the wine-producing continents, with at least 800,000 acres of land dedicated to planting Cabernet.

The flavonoids found in Cabernet Sauvignon have the same effect in cardiovascular health and your immunity. Still, it also stimulates the production of amyloid precursor, an essential factor in neural health.

Wine’s effect on the quality of your sleep is not the only benefit that you can get out of it. The antioxidants found in them also have a role in keeping your body healthy and free of toxin, which will ultimately help you have a good quality of sleep. 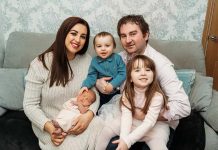 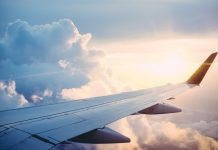 Can I travel to the United States right now?