DANIEL STENDEL is adamant there will be no hard feelings if some Hearts players decide to walk away from the cash-strapped Jambos.

Tynecastle stars have been issued with an unenviable ultimatum by Ann Budge, with owner telling all full-time staff to either accept a 50 per cent pay cut or request the termination of their contracts.

The drastic measures were made after Budge revealed that the coronavirus shut-down has already cost the Edinburgh club £1 million in gate receipts for upcoming matches, with the situation only set to worsen in the coming months with no income streams to call upon. 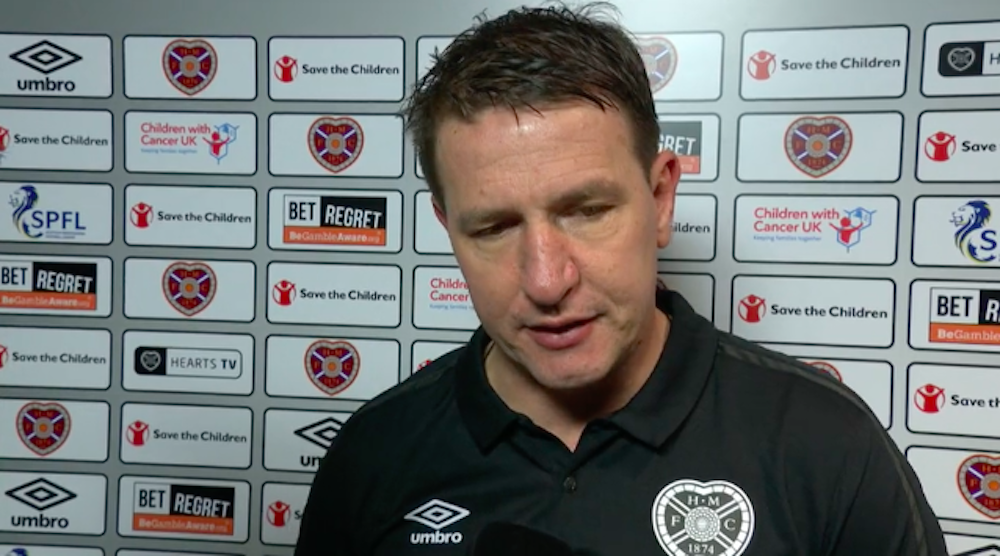 Hearts head coach Stendel has admirably agreed to forego his salary during the hiatus, while captain Steven Naismith has agreed to have his wages halves.

However, defender Clevid Dikamona has already exercised his right to walk away – albeit he only had two months left to run on his deal – and several others are understood to be considering his options.

And Stendel would not grudge any player deciding to walk away.

He said “We have a similar discussion in Germany and a lot of people are asking me why am doing this. But it is my decision only – and not everybody needs to do it.

“Everybody has different situations with family and money.

“Every player must decide alone what is best for him. Nobody can decide for other people or judge ‘this is good’ and ‘this is not good’.

“I can only speak for myself and say, at this moment and with my experiences with Ann Budge and Hearts, I wanted to help.”

Stendel, speaking to talkSPORT from his home in Germany, believes the painful calls being made by Budge will ultimately ensure Hearts survive.

And it is his faith in the Jambos supremo, allied with his passion for the club he joined last December, that fuelled his desire to aid the finances.

He continued: “I have big trust in Ann that she will keep the club safe. It is important that we still have a club to work and play.

“I asked ‘what can I do?’ and I spoke with my family and we decided that we wanted to help Hearts.

“It was my first idea in this situation and the best chance to save money for the club. We have so many staff at the club so when there is a need to save money, this was my part to help the club.

“This is a difficult time, not just for Hearts, but for every football club and all the people around the world.

“The feeling was, when I spoke to the owner Ann Budge, that the situation was very critical.”