Foundation of Hearts chairman Stuart Wallace has announced that the coronavirus pandemic has delayed plans for the handover of current Hearts owner Ann Budge’s shareholding.

The 7,500-strong supporters group, who have now transferred in excess of £10 million to the club, had been set to take the Tynecastle outfit into fan ownership before the end of the season after paying back Budge her £2.4 million loan.

However, with Budge recently introducing drastic cost-cutting measures, including asking all full-time staff to take a 50 per cent wage cut, the official transfer of her 75.1 per stake has been postponed. 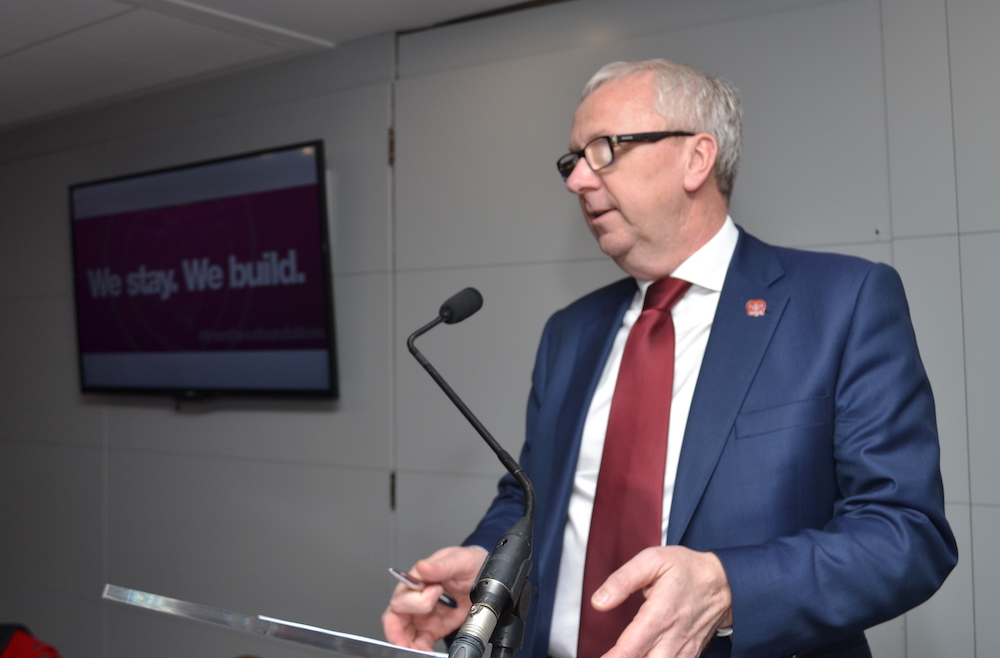 Wallace said: “Given the troubled situation, the board of the Foundation of Hearts has taken the decision that this is not the time to be adding any further potential disruption by pushing forward with the handover of the majority shareholding.

“All parties remain totally committed to fan ownership and this handover will, of course, still happen, but such an historic event must be conducted at a more settled time – a time when the handover enables the club to proceed seamlessly with its business and a time when we can properly celebrate the achievement of the fans in reaching this milestone.

“Sadly, this is not a time when any of us, we believe, has the inclination for a celebration, however well merited.”

Wallace, meanwhile, has paid tribute to the club’s fans for continuing to play their part in safeguarding the future of Hearts as total contributions since the club’s descent into administration in 2013 passed the £10 million barrier.

In an update to members, he added: “On a related front, I am delighted to let you know that despite the current public health crisis and the impact that is having on all our lives, we have had almost 100 new or upgraded pledges over the past week alone.

“This is absolutely astonishing and demonstrates, if that were needed, just how passionate and committed Hearts fans are to our club.

“This email comes, too, on the day that the total pledges broke through the £10 million figure, which is quite incredible.

“The footballing world is experiencing huge changes right now and how things will move forward remains uncertain. One thing is clear, however. Hearts fans will be there for our club and will continue to provide the financial support – through the pledges – which is absolutely crucial to Hearts’ economic wellbeing.”