HILARIOUS pictures show an online shopper’s clothing fail after her I Saw It First Jumpsuit arrived with one leg shorter than the other.

Inayah Al-Nayjiri, from London, says she will no longer shop with the company after the blunder, which left her £15.20 jumpsuit in the unwearable state.

Images show Inayah modelling the botched outfit with one leg almost a foot shorter than the other.

The 26-year-old’s right leg is left exposed all the way past her calf due to the botched job.

Pictures of the jumpsuit being modeled show how it should be worn, with both legs completely covered.

The furious senior support worker took to social media to complain to the retailer.

She posted a photo of the garment with the caption: “Care to explain why you’ve sent me a jumpsuit with one leg shorter than the other?!”

The black jumpsuit is described online as featuring “Cami straps and scoop back detail in a slim fit” – with no mention of asymmetric legs.

The Love Island sponsors initially responded to Inayah urging them to get in touch and subsequently offered her a refund.

The company offered Inayah a full refund however, speaking today, she has said she will never shop with the company again.

“I didn’t even notice it at first my sister noticed it. Then I was like ‘what the heck!’

“I then thought that if I tried it on, it will be okay which was not the case at all.

“They offered me a refund, but now I am 100% no longer interested in shopping with them again.”

Inayah is not the first online shopper to receive an item that didn’t match up to its online description. 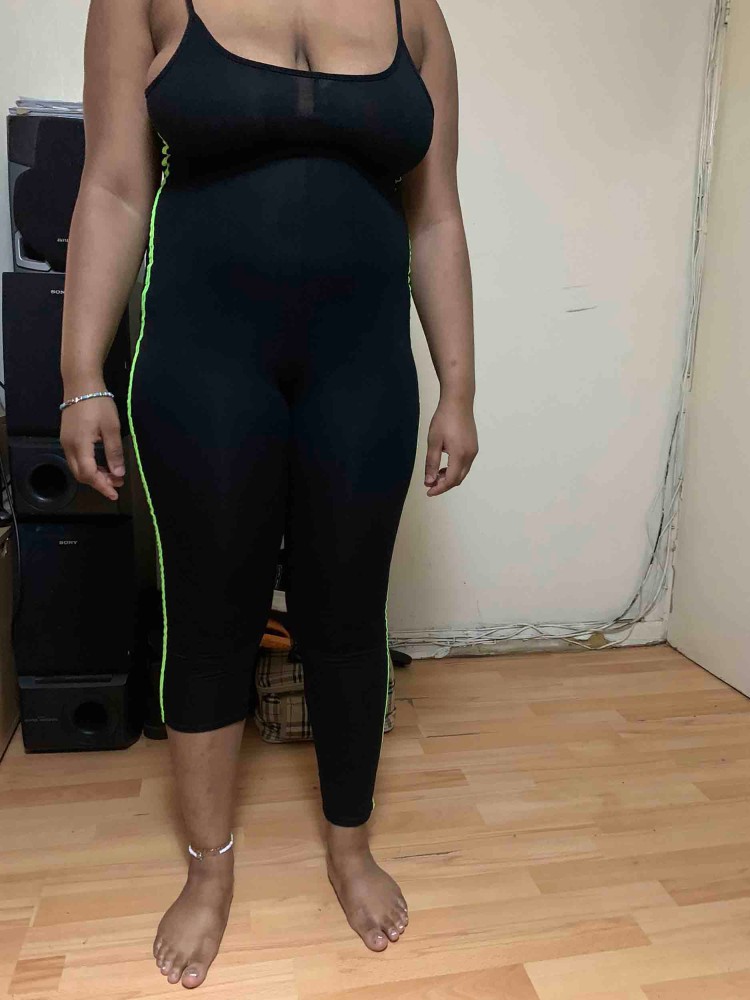 In July last year, a Twitter known as Hannah was left fuming after Pretty Little Thing “forgot” to print lemons on her lemon-patterned shorts.

And in December 2019, Olivia Burroughs was also let down by product images on an ASOS jumpsuit.

Olivia, from Northamptonshire, was shocked to find her silver jumpsuit was much bigger than expected, after it extended several inches past her feet and onto the floor.

Fashion show focusing on disabilities set to return to the catwalk