We’re seeing cancellations across the country, as lockdowns are extended following the coronavirus epidemic. Wimbledon has been officially cancelled, the F1 season is on hold, and along with many other football matches across the world, the Scottish Premiership finds itself on the list of postponements.

With growing uncertainty around how long this could continue for, and even if the season will manage to be played to completion, we’re seeing many of the club managers begin to issue statements to petition for their teams.

Sitting in second place, 13 points behind rival leaders Celtic, the managing director of Rangers has issued a statement urging that the season be finished with all teams completing the scheduled fixtures to protect “the integrity of the sport in Scotland.”

A fine sentiment to hold, however, but with the remaining games showing that for many the season is already over, the argument may fall of deaf ears.

Although comfortably leading, however, Celtic find themselves facing some other issues amidst the panic.

Neil Lennon has said that the club could face wage cuts as they deal with the upcoming games being on hold – following a sentiment from many of the clubs within the Scottish Premiership that are either urging fans to purchase season tickets early, or by withholding on sales all together until more news is given – but many are finding themselves in the same position, looking for a way to fight through the panic.

The Celtic club manager has also insisted that if the season campaign doesn’t run its course, that the club should instead be declared champions. Already receiving some push back from rival clubs, the real test and answer will come over the next few weeks as many will continue to monitor the spread of the coronavirus.

Will all the event cuts and time spent at home, many will be looking for a distraction. The betting companies that rely on the sporting events continuing have had to fall back on their sister casino companies, thebestcasinos list of non UK one’s, for example, just to stay afloat.

And this seems to be an ongoing trend as we find more businesses struggling – although as we see an urge for the season to be completed, you can still bet on Celtic to be crowned champions.

With any luck, over the coming weeks we will start to see some change surrounding the epidemic, and as that change rolls through we will begin to get updates on what may happen to all the games that have been either postponed or cancelled.

With some experts stating we could expect to be in lockdown until the summer, however, sound advice may be to suggest that we consider this to be the end of the premiership – we are heading toward the off-season in just a matter of weeks too, and there will still need to be decisions made on whether or not seasons would be either extended or brought forward to cover the lost time amidst what is currently happening – but only time will tell. 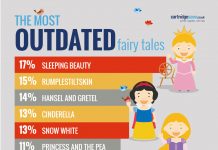 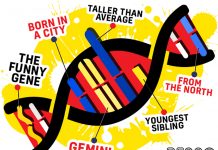