Hearts striker Liam Boyce has lavished praise on Steven Davis after naming the Rangers midfielder in his best XI of past and present team-mates.

Boyce has opted to overlook his colleagues at Tynecastle but has also included former Dundee United playmaker Scott Fraser from his time at Burton Albion and Craig Curran, whom he led the line with at Ross County.

Boyce admits there was never any doubt over fellow Northern Ireland international Davis’ inclusion in his eleven. 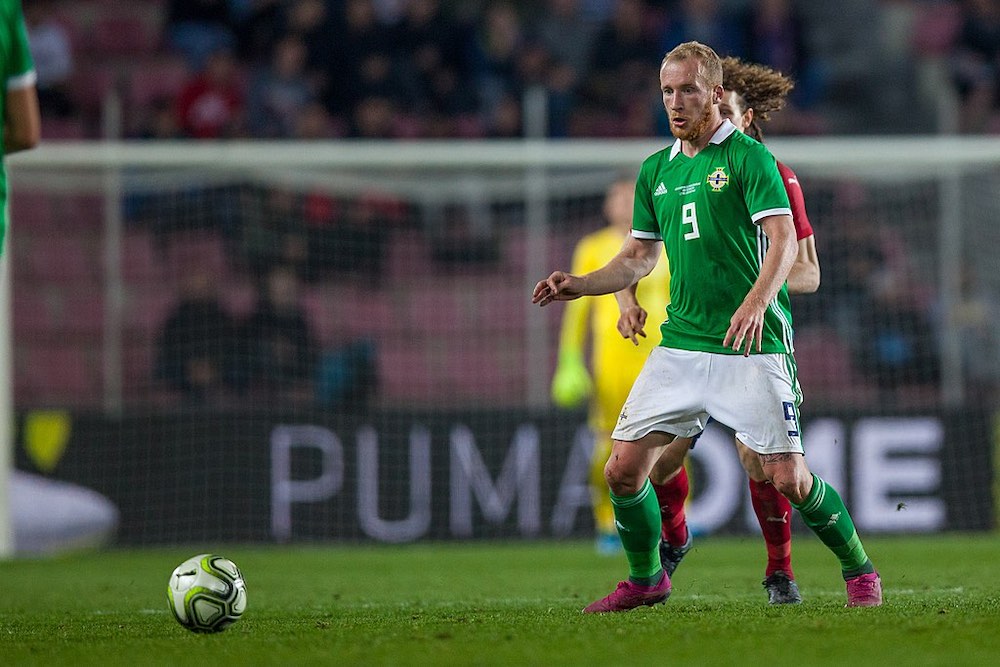 On 117-times capped Davis, Boyce, who joined Hearts in January from Burton, said: “When Northern Ireland qualified for the Euros you could see just how important he was to the team.

“You literally just gave him the ball when you were in any danger and nobody will get the ball off him.

“He takes games by the scruff of the neck. And the header he scored against Greece (in a Euro 2016 qualifier in 2015) from outside the box was ridiculous – he should be picked on that goal alone.”

Boyce, speaking to the Irish Times, has also included Fraser after playing alongside the 25-year-old at the Brewers.

He added: “I played against Scotty in Scotland when he was with Dundee United.

“I thought he was a good player but I didn’t realise how good he was until he came to Burton a couple of years after that, the start of my second season in League One and ever since he’s been Burton’s best player by a mile.

“He’ll end up going somewhere big in the summer.

“I think he’s scored 10 or 15 goals (its nine) this season and has loads of assists.

“He’s unbelievable. He has a class left foot, doesn’t do anything fancy, just does what needs to be done. He’s the best player in League One.”

On fellow marksman Curran, whom he played alongside for two-and-a-half years at Victoria Park, Boyce added: “I picked the two strikers I had the best partnerships with. When I went to Ross County, I worked well with Craigy.

“He was really hard working, could hold the ball up well and could score goals as well.

“He was the kind of a striker I loved working with.

“Every part of his game had quality.”