While pulsing sonar has been used by navies around the world for years, the effect of new continuous sonar on sea mammals had not been tested before.

Now an international team of researchers, led by Professor Patrick Miller at the University of St Andrews, has examined the impact of this new technology on sperm whales with the first at-sea experiments.

Professor Miller, of the Sea Mammal Research Unit at the University of St Andrews, said: “Having set up similar experiments with sperm whales in Norway before, we already had data on their responses to pulsed sonar.

“Although whales responded to the new continuous sonar at a lower received sound level, the impact of the two sonar systems on feeding behaviour was similar. Continuous sonar pulses are transmitted at lower level, with signal energy content essentially just spread out over longer duration pulses. 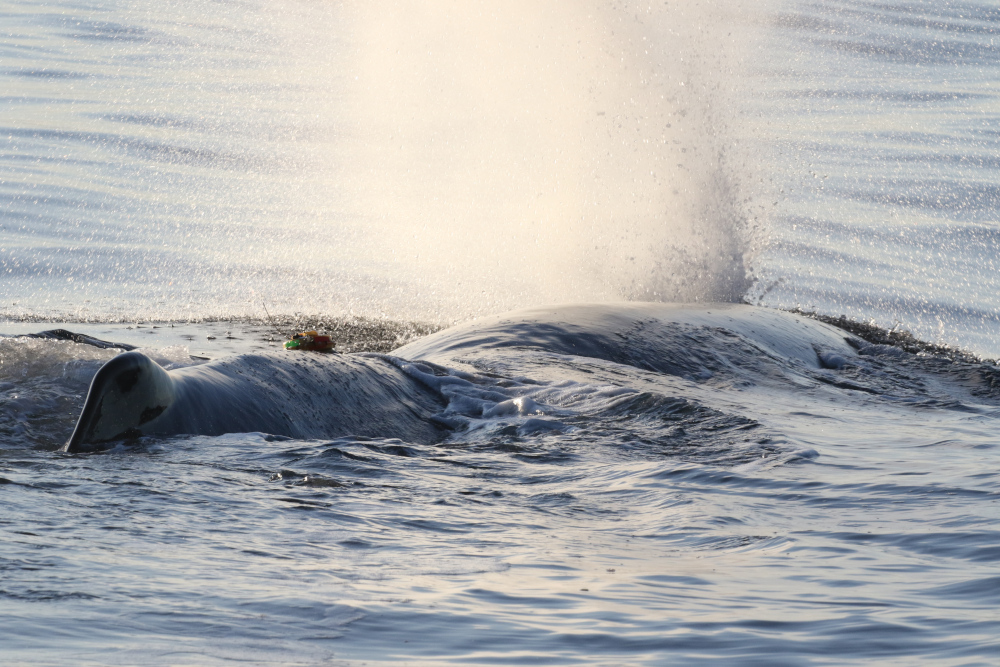 “Indeed, we found that signal energy content predicted when sperm whales would stop foraging, both during the continuous sonar and higher-amplitude pulsed sonar exposures.”

Underwater noise pollution is a concern for species such as whales and dolphins which rely on sound for feeding, navigation and communication.

Besides unintentional noise, such as the noise produced by a ship’s propeller, noise can also be generated intentionally, such as in echo sounding (sonar).

Naval sonar has been shown to impact whale and dolphin behaviour and been associated with stranding of deep-diving beaked whales.

The experiments revealed that sperm whales stop foraging during both types of sonar exposures and reducing sonar signal energy content could help navies to reduce impacts.

“While the presence of these species didn’t put sperm whales off feeding, their presence did make the sperm whales even more responsive to sonar so it seems to indicate sperm whales are extra vigilant to sonar after such an encounter.”

St Andrews stands with Ukraine in organisation of mass rally