ROYAL Mail workers have walked out of a depot because their office was “not properly cleaned” after a colleague tested positive for coronavirus.

Posties in Didcot, Oxfordshire refused to enter the building yesterday, after their coworker, who had been experiencing symptoms for several days, confirmed he had contracted the virus.

The workers say their office was “inadequately” cleaned by an internal staff member “with no PPE and a spray bottle of a chemical”.

The employees refused to re-enter the building and say that as a result, Royal Mail are now withholding their pay. 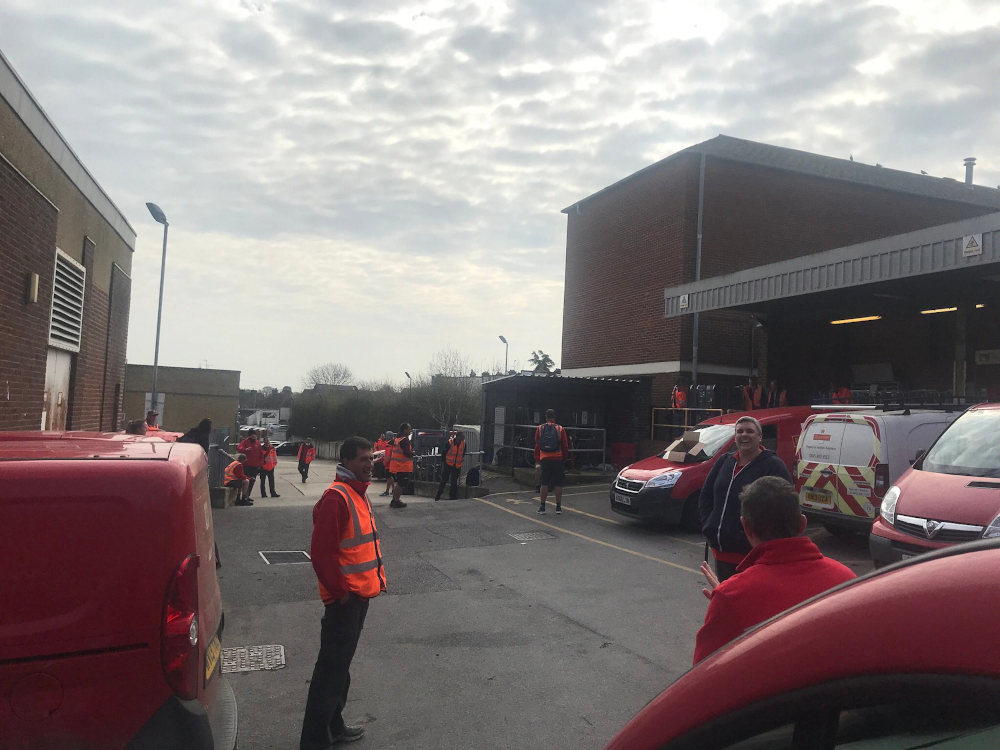 He posted images of the workers standing outside their depot with the caption: “We have had a confirmed case of coronavirus in our Royal Mail office in Didcot.

“The office is not being cleaned to an acceptable standard and staff are refusing to enter.

“Royal Mail Are seeing this as industrial action and are now threatening to withhold pay.”

He followed it with another image of a cleaner disinfecting the affected colleague’s van with the caption: “This is the cleaning of a van undertaken by an outside company.

“The company that carried out the office ‘deep clean’ which was an internal Royal Mail cleaning contractor, did not have any of the required PPE and was a solitary member of staff with one bottle of cleaning fluid.”

And another named Norm wrote: “Sounds horrific, RM have been totally shambolic during this crisis.  Hope you and your colleagues keep safe mate.” 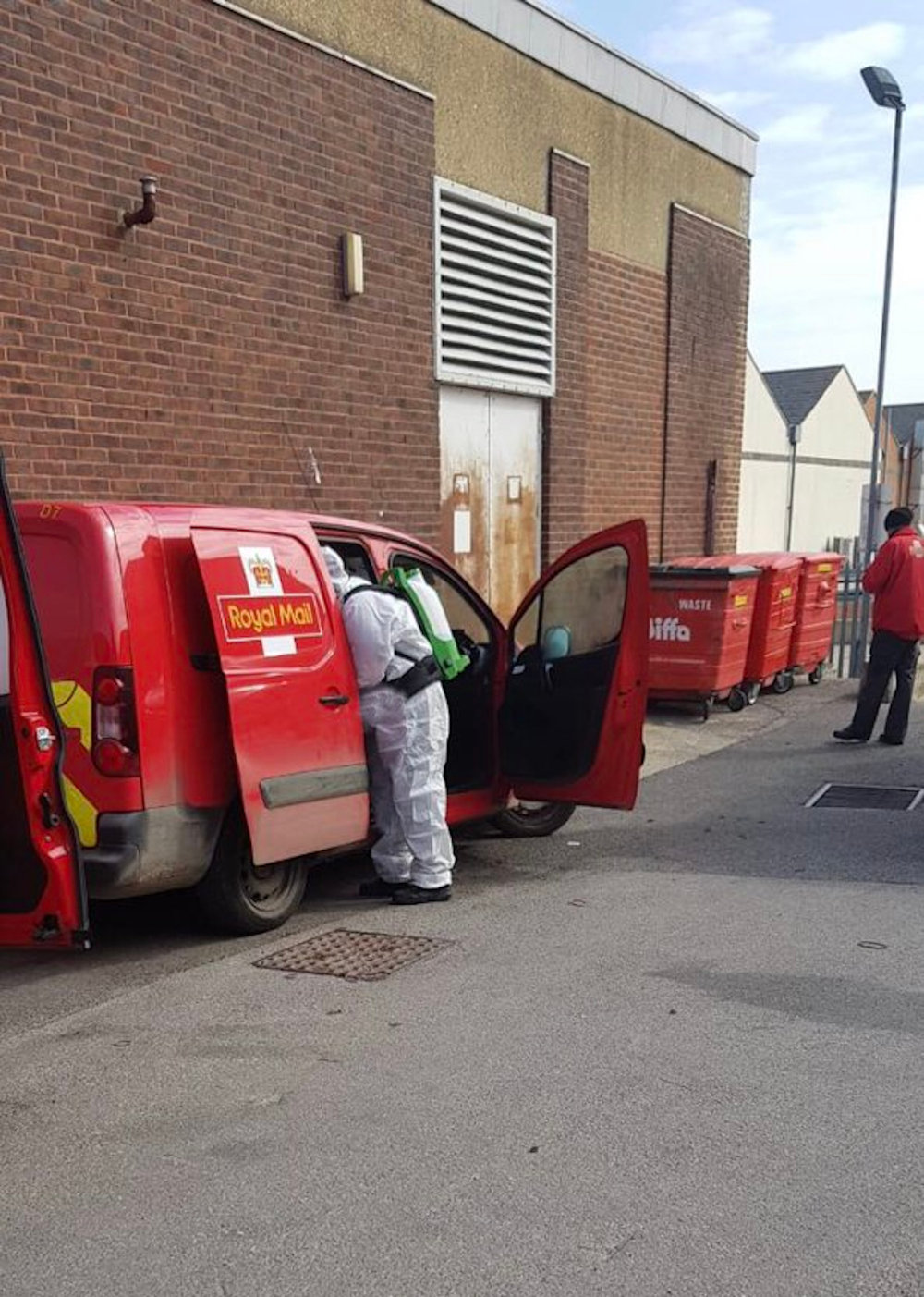 Paul, who has worked with Royal Mail for six years, says that upon arrival for his shift yesterday at around 6.45am no cleaners had been to the office.

It was only at 9am that one man from Royal Mail’s cleaning staff went in to deal with the situation.

Speaking yesterday, Paul said: “We were told that the cleaning they had carried out was satisfactory based on the guidelines and we were to return to work.

“We didn’t agree and that was reinforced by seeing a team in full hazmat gear come to clean the van my colleague had been using.

“At no stage did we withdraw our labour, we were willing to work and offered Royal Mail alternatives that meant none of us would need to step inside the building, these were rejected.

We were given a straight choice of go back in the building or you won’t get paid. I am proud to say we stood up for what we believe is right in a very worrying time for all concerned.

“I am shocked at their approach to the situation.

“They have released countless statements reiterating that the number one priority for the business in the current circumstance is the safety and well-being of its staff and this just flies in the face of that.

“I feel undervalued and underappreciated considering the work we have been putting in over the last few weeks.”

A Royal Mail spokeswoman said: “There is a disruption to services today at Didcot delivery office.

“We are working with our people to resolve any areas of concern, to ensure that services are resumed as soon as possible.

“A deep clean of the office has taken place.”

An insider close to the company confirmed yesterday that all staff had since returned to work.