STEPHANE OMEONGA has spoken of his pride as he watches his courageous mother Édith, a nurse in Liege, on the front line of the fight against Covid-19.

The 24-year-old is back in Belgium after returning to his homeland when football was placed on hiatus last month due to the coronavirus outbreak.

He is planning to move into a new apartment with his girlfriend once lockdown is lifted but for the moment he is back in the Omeonga family home with his parents and brothers.

While he feels fortunate to be surrounded by loved ones, the situation has offered a stark perspective on the crisis as he watches Édith work every hour under the sun in a bid to curtail the spread of the virus.

And Omeonga concedes that it is hard to worry about football when you are not even allowed to hug your own mum.

He said: “My mother is a nurse so this is a very difficult time for her.

“I have seen how stressed she is. She is working a lot more, doing all the hours she can and it is hard to see the toll it takes on her.

“When she comes home after so many tough days I would normally run up to her and give her a big hug, but she is scared for us to come too close.

“I have pictures of her at work with all the protective equipment on and it is scary – she looks like she is going to space! But that is what she need to protect herself.

“I am so proud of her because she is doing something truly big and important for the people.

“She was looking for another temporary apartment but couldn’t find one, so we just need to be careful. She washes her hands and keeps some distance – but this is a challenge when we live together.

“You realise life is about a lot more than football. I am holding on to the real things: family, loved ones and staying safe.”

While he is acutely aware of the impact of Covid-19 on Belgium – there have been 36,138 confirmed cases and 5,163 deaths, according to the most recent figures – he is similarly conscious of the devastation it has wreaked in Northern Italy, given his parent club is Genoa.

Omeonga continued: “The north of Italy was the part of Europe that was touched first and Genoa is in the heart of that zone. I know it is a difficult time for them.

“I’ve been in touch with the team manager in Genoa and he has told me the situation there is crazy. 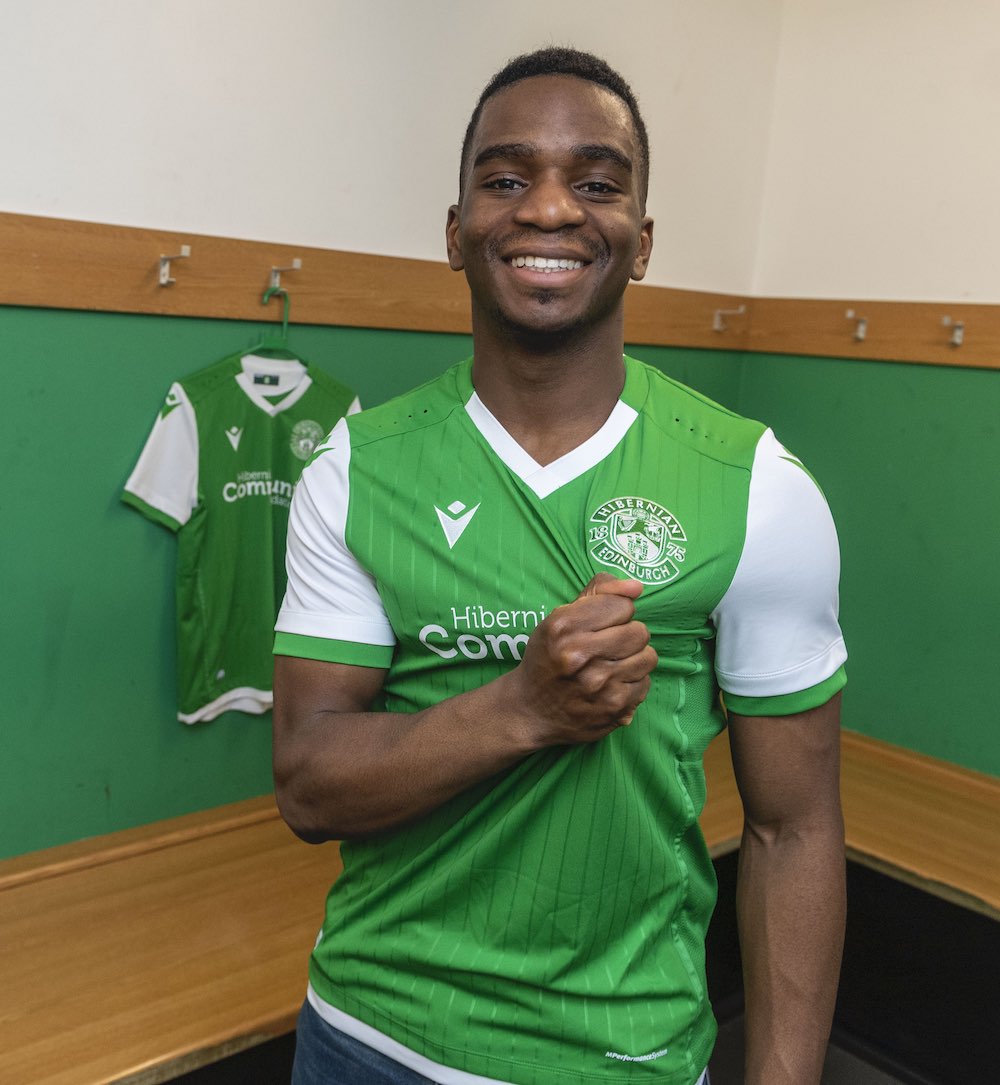 “I spent a year in Genoa and, although it is not my whole career, that is a long time to live somewhere. It gives you time to become attached to the people, the city and it is so hard to hear about what has happened there.”

Amid testing times, Omeonga has lavished praise on Hibs’ human touch, revealing that the club have implemented weekly get-togethers on video conferencing platform Zoom aimed at keeping up morale and ensuring no players are feeling low or isolated.

Although the majority of the staff have been furloughed (Omeonga has not, because he is only on loan) they are allowed to communicate as a group in that context.

And he believes Hibs are streets ahead of some other clubs in the way they are treating their players.

He continued: “We have a ‘Friday social’ on Zoom with all the coaches, the staff and they make sure everyone is happy and not having a tough time right now.

“Graeme Mathie [sporting director] and Jack Ross [head coach] are always there in the Zoom meetings and Graeme is always texting me and asking me how I am and how my mother is.

“You might say ‘every club does this’ but I have spoken to some friends who play football for different clubs and not every team is doing this.

“Hibs are special when it comes to looking after the human aspect of a player. It is a big family and, having played for other clubs now, I can guarantee you it is not the same everywhere else.”

Omeonga’s affection for life in Leith evidently also shines through in his relationship with the supporters.

That was illustrated in heart-warming fashion last month when young Hibee, Orla, sang ‘Happy Birthday’ to him on Twitter, prompting Omeonga to buy her a season ticket for next season.

he added: “I got a message from a little Hibs fan [Orla] that just melted my heart. It was so cute.

“The season ticket was for her to sing at Easter Road like she was singing for me and keep enjoying being a Hibs fan.

“Things like that are just a small way to say thank you to all the fans that have made Hibs feel like home.”