Leanne Walker from Dunfermline, Fife has shared amazing clips of her son Charlie having a kick about with his 9-year-old horse, Tauraz.

In the videos, Charlie is seen passing the ball to Tauruaz and defending against him in goal.

As the footage begins, Leanne films as Tauraz nudges the ball over to her with his hoof.

Charlie shouts: “Good boy” as his mum returns the pass and Tauraz lines up to take a shot.

The stallion then draws back his leg before striking the ball into the back of the net.

Charlie dives theatrically out of the way, allowing Tauraz to score.

In another clip, the duo are seen passing the ball back and forth with Tauraz demonstrating some impressive stopping skills.

Finally, Tauraz and Charlie are seen facing off in a penalty shoot out.

The young lad waits for the ball with his hands on his thighs and Tauraz approaches and kicks the ball straight through Charlie’s legs.

Leanne took to social media last Wednesday to share the heartwarming scene in a post that has racked up more than 4,000 likes.

She shared the videos with the caption: “My son has been missing his football team mates so the big guy has stepped in and kept him going.”

Katie Biddle wrote: “That’s amazing haha that is so cool.”

And Becki Robinson said: “This is actually adorable.”

Speaking today, Leanne said: “While on lockdown Charlie has been spending a lot more time with me in the barn and Tauraz was loving the extra attention.

“We have done little tricks with Tauraz before, but then Charlie had the idea get him to kick the ball.

“He picked it up super quickly but was dragging the ball rather than kicking it.

“Charlie sent the video of it to a friend who does a lot of training with her horse and dogs. 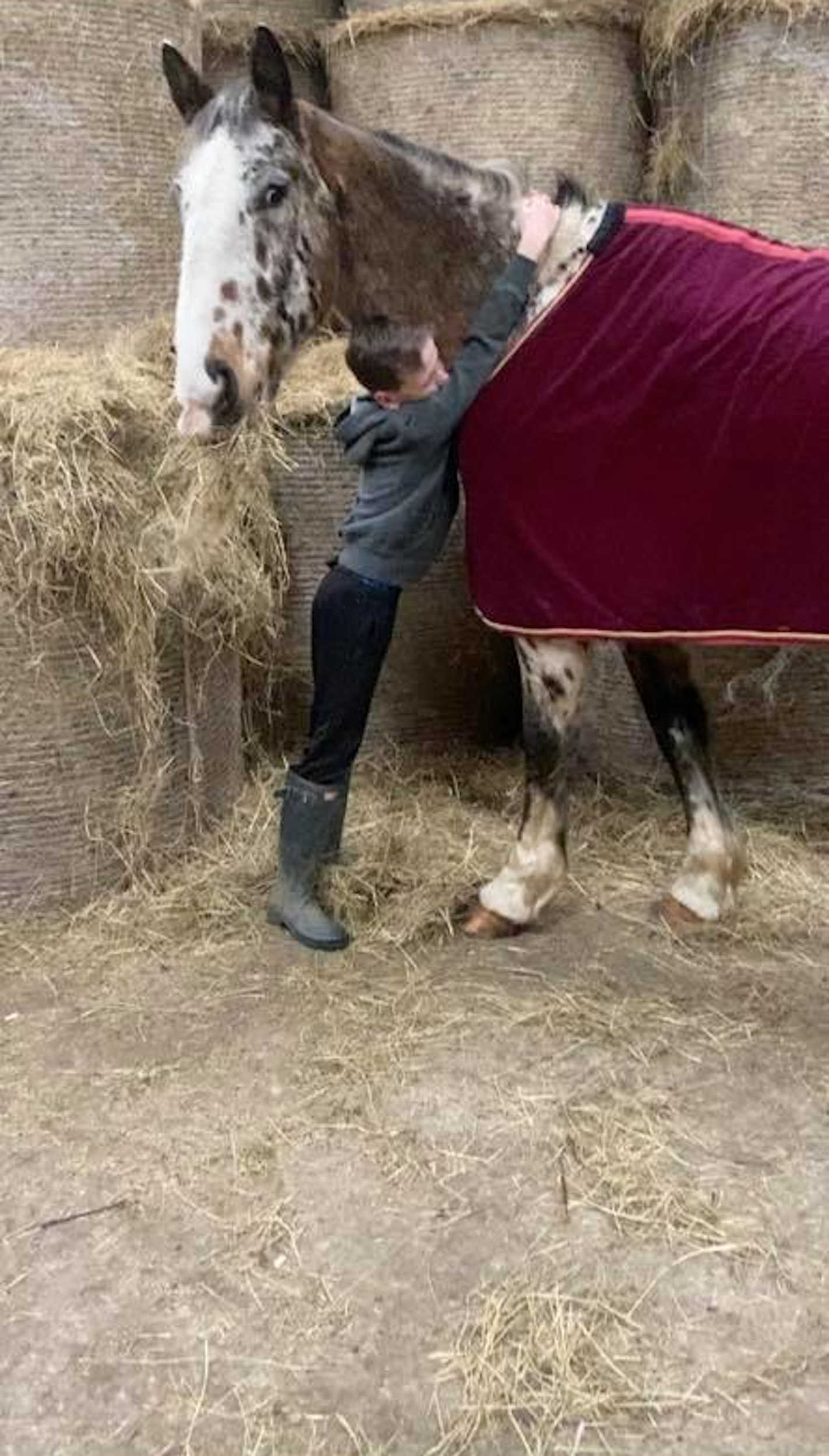 “She gave him some tips and pointers on how to encourage Tauraz to kick the ball forward.

“Charlie then spent the next week working with Tauraz teaching him to kick the ball towards him and then setting up little goals for Tauraz to score into.

“Tauraz now looks for Charlie every time he comes into the barn and if the balls are lying around he will go over and kick it towards Charlie to initiate play.

“It has been lovely to watch them both spend this time learning together. Tauraz is unbelievably special, we really are blessed to still have him.

“He’s more like a big dog than a horse.”