With VE Day just one week away (Friday, 8th May), two leading Armed Forces charities are working alongside the Scottish Government to ensure that the 75th anniversary commemorations and celebrations will still go ahead despite the ongoing lockdown.

Even though an extensive programme of events have been cancelled, Legion Scotland and Poppyscotland have unveiled a series of “virtual” events and activities to ensure that the historic moment from 1945, which saw an end to six years of war in Europe, will still receive due recognition.

A virtual Service of Remembrance will take place on Friday, 8th May, broadcast by Legion Scotland and Poppyscotland on their respective Facebook pages at 10:40am. Following the service, there will be an hour-long virtual tribute featuring a range of performers that had been due to perform at the VE Day event in Princes Street Gardens. Among the performers will be Legion Scotland singing sensation Amy Hawthorn.

In addition, Poppyscotland has a host of digital learning resources and activities for younger people to learn about the importance and significance of VE Day. These are already being widely used by parents as they home school during the lockdown (and can be found at learning.poppyscotland.org.uk/VEDay75). 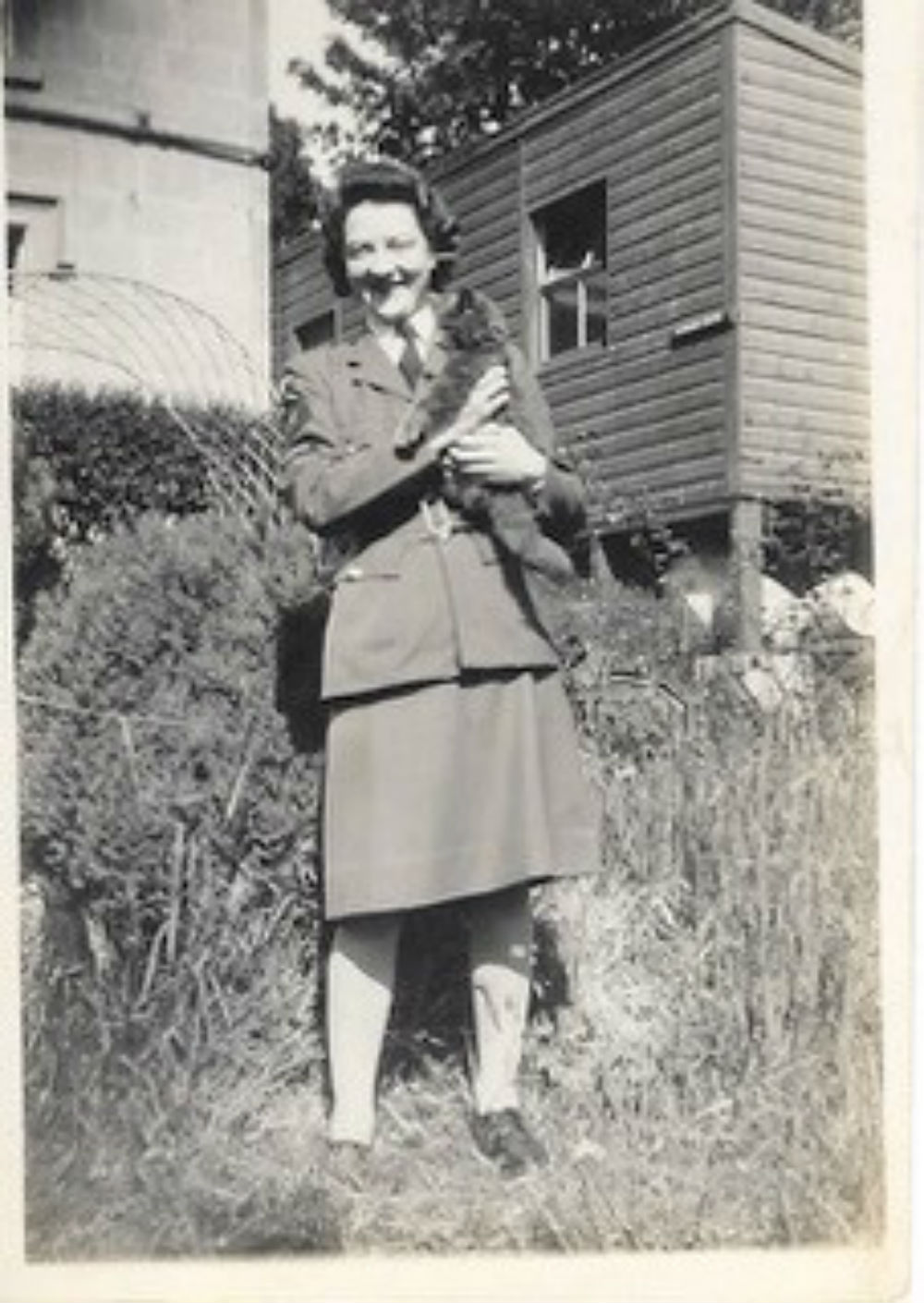 And to top it all off, Poppyscotland is also encouraging the public to host their own virtual VE Day party at home, on Friday, 8th May, which is a Bank Holiday. The charity has put together a series of resources, including wartime recipes and Second World War playlists (with all of the information at www.poppyscotland.org.uk/VEDayParty).

Dr Claire Armstrong, the CEO at Legion Scotland, said: “I believe it is important for people to know that even in lockdown we are able to create an alternative way to mark this special occasion and to pay our respects as we bring people together virtually on the 8th of May to commemorate VE Day.

“As the custodians of Remembrance in Scotland, our involvement in services of commemoration like these is so important. They allow our communities to join together to remember those who made the ultimate sacrifice, or who returned from battles in foreign lands with life-changing injuries. We will remember them and, even during this unprecedented pandemic, our enduring message of comradeship comes very much to the fore.”

One such World War Two veteran who was hoping to attend the parade next week is Catherine Drummond, 98, from Dunfermline. Catherine, who was a radio operator in the Women’s Auxiliary Air Force from 1941 to 1944, said: “VE Day was a sad day for me personally after losing my husband, but I was very happy the War was over, and more so for all the brave men and women who survived the War and came home to their families.

“I think it is such an honour for VE Day veterans and all those who lost their lives to be remembered on 8th May, 75 years on.  I was really looking forward to attending the VE Day celebrations in Edinburgh, but, with the help of my daughter, I will be watching the virtual Service of Remembrance and the tribute concert instead, from the safety of my home. I intend to mark this great day by raising my glass of good old Scottish whisky to everyone and I thank all concerned for their hard work.” 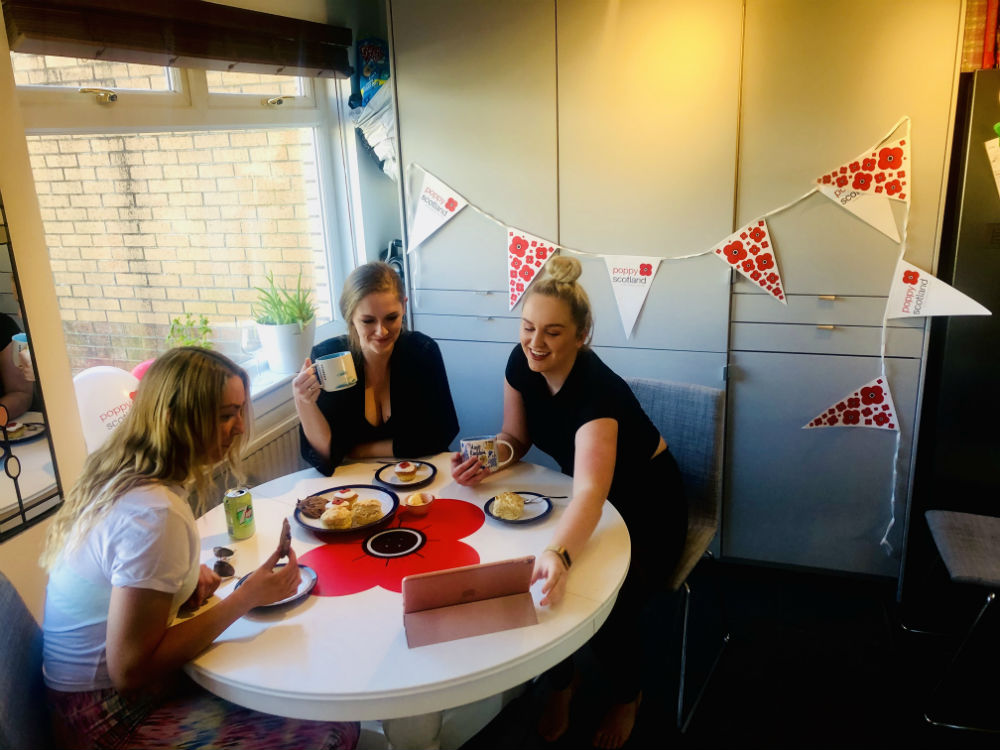 The virtual VE Day service will be conducted by National Padre Karen Campbell and will feature the reading of Binyon’s Lines by Legion Scotland National President Sir Alistair Irwin, as well the laying of a single wreath at the Stone of Remembrance, in Edinburgh. Martyn Hawthorn, the National Chairman of Legion Scotland, will recite the Kohima Epitaph and Legion Scotland’s own Amy Hawthorn will sing a hymn along with the Choir of Marchmont at St Giles’.

Following the service, at noon, there will be a virtual concert featuring 1945-themed musical performances that will be pre-recorded in the homes of the performers. The actress and comedian Elaine C Smith will take part and the concert will be narrated by Mark McKenzie from the British Forces Broadcasting Service.

Gordon Michie, the Head of Fundraising and Learning at Poppyscotland, said: “Charities across the country are facing major funding challenges and Poppyscotland is no different. Having already cancelled numerous fundraising events due to the coronavirus pandemic, the postponement of the official VE Day programme will see Poppyscotland miss out on tens of thousands of pounds in expected donations.

“That is why Poppyscotland is also asking the public to hold their virtual VE Day parties to raise vital funds for the charity. This will ensure that we can continue to provide our life-changing support to the Armed Forces community at a time when it is needed more than ever.

“VE Day parties are an opportunity to bring together family and friends via popular video chat platforms such as FaceTime, Zoom and Houseparty. They are an ideal way to remain connected with loved ones and join in a collective tribute to the generation who gave so much.

“Our Armed Forces were bravely battling on the front line of the Second World War 75 years ago, and even today they are making an essential and selfless contribution on the frontline of the war against coronavirus. Just as we pause to remember the incredible sacrifice made by the Second World War generation, Poppyscotland is here to support our Armed Forces community today.”

Meanwhile, young people across Scotland are already embracing an exciting new digital education resource to mark the 75th anniversary of VE Day. Poppyscotland’s interactive resource is being delivered over the charity’s extensive social media channels and Learning website from now until May 8th. The innovative new educational tools have been created by Poppyscotland in partnership with the Scottish Government, Education Scotland and Legion Scotland. 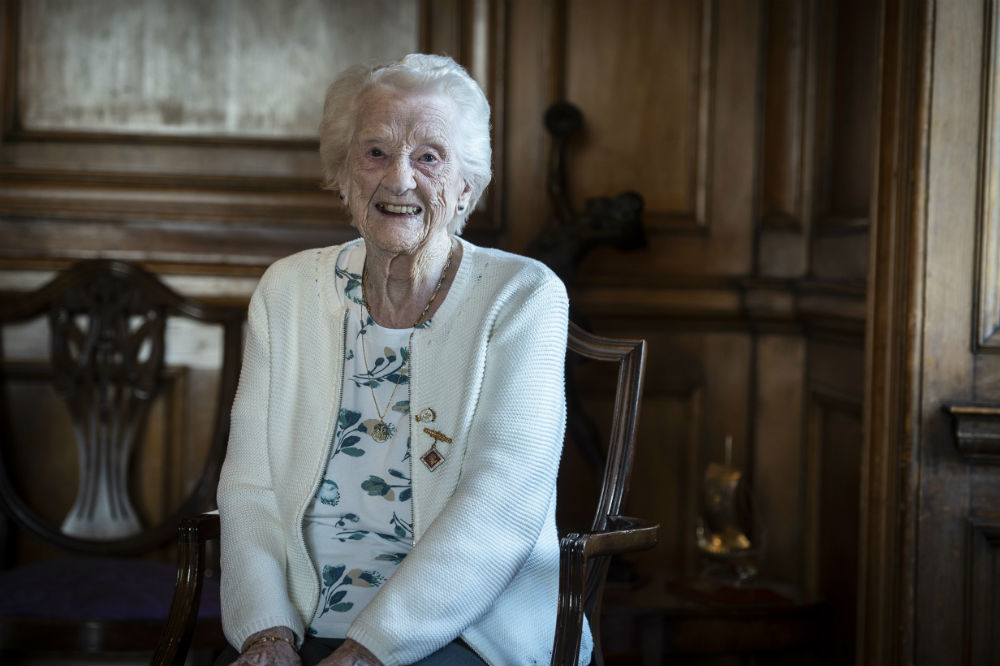 The launch of a new 40-page digital ‘VE Day 75 Schools Pack’ contains an abundance of facts and stories about what was life was like for those living through the Second World War, and includes sections on evacuees, rationing and Churchill’s famous VE Day speech. Pupils are being encouraged to discover more about how the War impacted on their local community and to stage their own ‘virtual’ VE Day Party.

Mr Michie added: “The 75th Anniversary of VE Day is an important milestone in our nation’s history and it is vital that young people understand its significance. And, as we navigate our way through lockdown, our VE Day learning resources are already proving popular with those home schooling. We are extremely grateful to the Scottish Government, Education Scotland and Legion Scotland for their input in helping us to develop such an innovative and comprehensive offering.”

Scottish Government Minister for Children and Young People Maree Todd said: “It is vital that current and future generations have the opportunity to learn about the experiences of those who lived and served, both at home and abroad, throughout the Second World War. It is thanks to their efforts and sacrifices that we now have the freedom and relative peace that so many of us take for granted today. I want to commend Poppyscotland for the excellent new education resources that they have created for schools ahead of the 75th anniversary of VE Day in May.”

While VE Day in 1945 marked the end of the Second World War in Europe, the War in the Far East continued for several months more. Legion Scotland, Poppyscotland and the Scottish Government will mark the 75th anniversary of VJ Day on 15th August. Further information on plans for VJ Day will be announced at a later date.