Former Hearts director Ian Murray insists the club needs to ask itself difficult questions about why they have gone from playing in Europe to facing relegation within the space of four years.

While Murray shares owner Ann Budge’s anger about the SPFL’s plans to end the season as it stands without the prospect of league reconstruction, the Labour MP also believes those at the Tynecastle outfit need to examine what has gone wrong on and off the pitch.

Murray concedes Hearts have regressed since then manager Robbie Neilson left for MK Dons in December 2016, just five months after presiding over their brief stint in the Europa League. 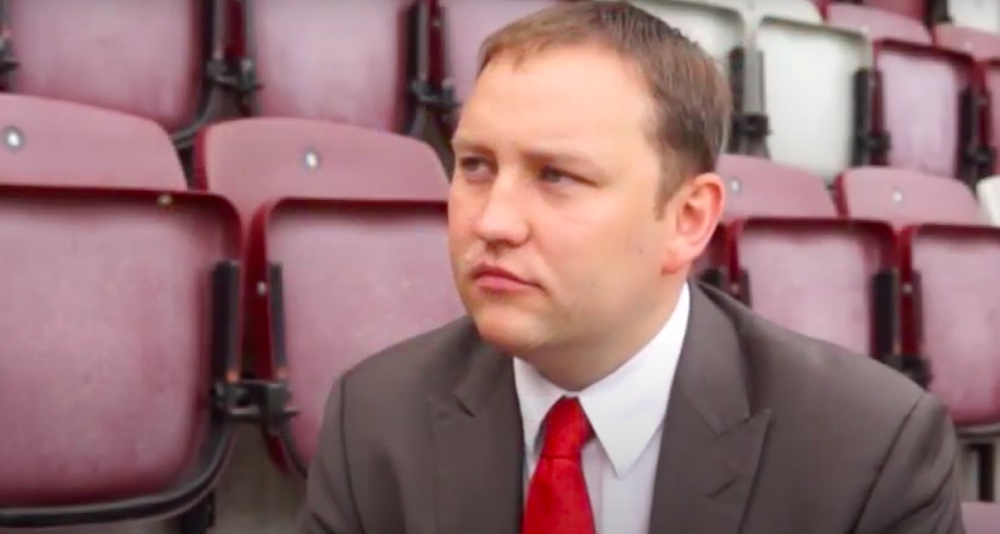 The appointments of Ian Cathro, Craig Levein and currently Daniel Stendel in the dugout have not worked out, neither has the vast turnover of players.

Also citing the fact that the cost of the stadium redevelopment is around £10 million over budget, former Foundation of Hearts chairman Murray insists not all the blame can be laid at the SPFL’s door.

He said: “I’m sorry for all the supporters, for which I’m an avid and passionate one of them, for what has happened at the club.

“When Robbie Neilson left we were sitting very well in the Premiership, we got back into Europe and the finances were looking great, the proposal to complete the stadium was all there.

“Then it’s all gone dreadfully on the basis of some decision.

“Some massive questions have to be asked about succession planning, about where the club was going.

“We’re back potentially in the Championship trying to come out of a major financial crisis because of this pandemic and the future is not looking very bright now  – whereas a few years ago the future was looking the brightest potentially of any club in the Scottish Premiership.

“There is a real problem at Hearts, there’s real big questions to be asked but all we’re trying to do at the moment as supporters is support the club, as we always have done, in any possible way we can to make sure they can get through this crisis and rebuild.”

The Gorgie side, who are about to become fan-owned under the Foundation of Hearts, are facing relegation to the Championship as the bottom team in the Premiership, with league reconstruction having been ruled out by top-flight clubs last Friday.

Partick Thistle and Stranraer suffered that fate in the Championship and League One respectively, while Falkirk, who have missed out on promotion to the second tier, are also reeling by the way the season has ended.

Budge has branded the decision to pour more financial hardship on clubs ‘outrageous and shameful’.

Taking into account Rangers leading the push for an independent investigation of the SPFL over the controversial vote regarding the proposal of calling the divisions, Murray insists Scottish football’s reputation has again taken a battering.

Speaking to Sky Sports, he added: “Everyone is looking at Scottish football and they’re laughing at us because again the authorities, who are supposed to be custodians of the game, have created this laughing stock scenario.

“Whether it be about the voting with Dundee, whether it be about league reconstruction, nobody has any confidence at all that the management and running of Scottish football is done for the interests of it’s member clubs and the supports who put their money in every week.

“That’s the key thing that has to come through this particular process.

“The bottom line is, please when we come out of this crisis lets get Scottish football into a state that Scottish football can be proud of – every single association elsewhere is now laughing at us and thinking about another mess that we’ve made of our game.”