A PET owner has issued graphic photos and a warning for lockdown bakers, after her dog’s stomach almost burst from eating uncooked dough.

1-year-old crossbreed Star had to be rushed to the vets on May 2 after ingesting the raw dough, which continued to rise inside her stomach.

Star’s owner Debra Paterson, from Southend, Essex, quickly rushed the pooch to the vets where she received life-saving surgery.

Gruesome images show Star’s inflated belly on the operating table after vets were forced to make an incision to prevent her stomach exploding.

Other photos show the 250g lump of dough which was removed as well as Star’s scarred underside following the operation.

Debra confirmed today that rescue dog Star is now on the mend, however she wants to warn other owners.

Debra took to Facebook last week to share her experience, she wrote: “Star is home, cone free, I’m not sure I can trust her not to nibble the stitches out, she was hungry, she has some special food to eat little and often and we have to watch how much water she can drink for now.”

“I was shocked I didn’t realise she would have such a massive incision and so many stitches but there again I wouldn’t have thought she would have eaten uncooked dough.

“Please warn all your friends of this danger, you just don’t think sometimes, we have learnt an expensive lesson.”

Debra’s post left many in the comments shocked, but grateful that Star is on the mend.

Maureen Patience added: “Wow that is a big scar, I have some cones here if you need them don’t want her pulling stitches out.”

And Nicole Harrison said: “Ouch, poor Star. I’m glad she’s doing well, and was going to ask if you minded me sharing one of the pictures to raise awareness as lots of home baking is being done under lockdown.”

Debra who is currently caring for Star while she looks to be rehomed described the horror.

Speaking last week, she said: “I rang a couple of vets I know, they both said about toxins from it but my thought was it is going to rise in her belly.

“They were shocked at how big it was [stomach], it was starting to press on her diaphragm so she would have struggled to breathe soon.

“They said we can’t risk her being sick but also operation is a very big risk, I said operation is the only way and within an hour of eating the bread dough she was having an operation. 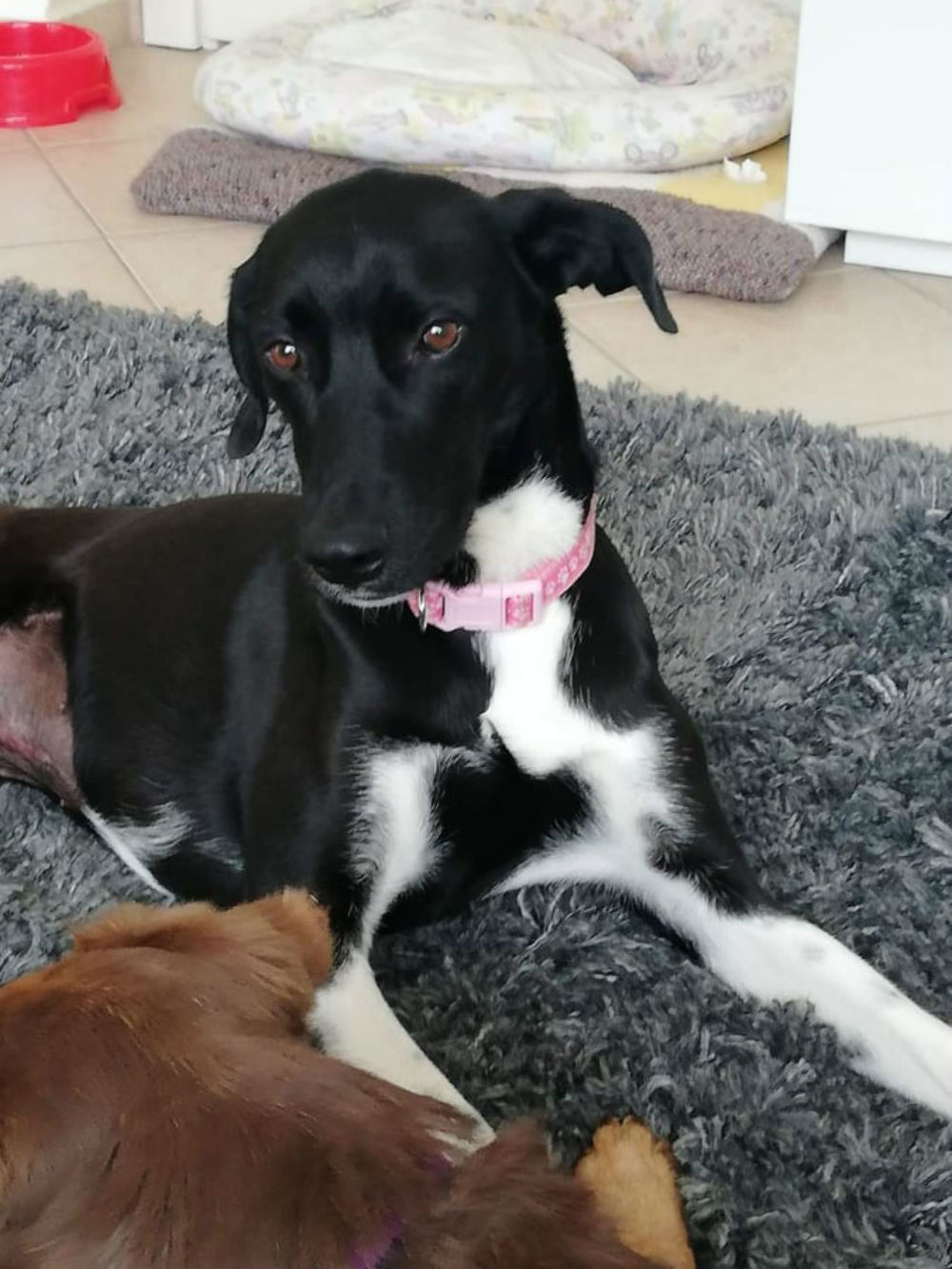 “It took four hours, they had to open her up, then open the stomach up and remove it all, then sew her stomach up.

” He [Vet] only wanted to make a small incision but as he was opening her up the stomach started to expand, so she has a very big wound.

She came home from the vets Monday [May 4] evening, she had a check-up yesterday [May 7] and the vet is very happy with her.”

Debra has warned lockdown bakers to be wary of the dangers of baking around pets.

She added: “Be careful whilst baking and cooking because dogs will eat anything if they get a chance and we don’t always realise the consequences and it happens so quick.

“Who would’ve thought a bit of bread dough would cause this many problems.”