A MUM has revealed how she created her own garden water feature for just £50 – saving £70 in the process.

Melissa Spooner from Weston Coyney, Staffordshire used bits from B&M and Home Bargains to produce the stunning fountain, which she knocked up in just 30 minutes.

The 34-year-old’s husband Steve had been desperate for a water feature, but Melissa took one look at the £120 price tag and decided they could construct their own cheaper.

Pictures and video show the attractive fountain in action, which the couple produced for less than half the price of a professionally made one.

To construct the fountain, the couple housed a water pump picked up from a local pond shop inside some old plants pots.

They then bought £9.99 silver balls from Home Bargains for the sleek feature on top.

The final step was drilling holes on top of the balls to allow water through.

The result is the modern water feature that will brighten up any outdoor space.

She posted pictures and video of the finished product on 9 May with the caption: “My husband wanted a water feature that was £120+ I refused to pay it.

“Instead we made our own. All from B&M and Home Bargains, apart from the water pump.

Melissa’s post, which has racked up more than 2,300 likes online, has amazed fellow group members.

One woman wrote: “Love this, I’ve bought the stuff to make one.”

And one woman said: “Love it.”

“Make sure the planter is big enough to accommodate the water so it doesn’t spill over the top.

“I’m pleased to have inspired others to do the same.

“Quite a few people commented to say they have ordered the items to make their own.” 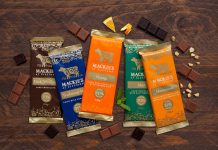