AN AMATEUR fitness enthusiast has stunned supporters after completing a rowing marathon just three seconds behind the British record.

Neil Flockhart completed 26.2 miles on an indoor rowing machine in just under two and a half hours last week to raise money for NHS Covid-19 charities.

His time of two hours, 27 minutes and 26 seconds also beat everyone else in the world who has undertaken the challenge using the same equipment so far this year.

Neil’s impressive feat was achieved on a rowing machine in his living room, comparing his time to others in the Concept Rowing online community.

Neil, 37, from Longniddry, East Lothian said: “At first I was just delighted to complete the marathon distance for the first time, but then I saw my time was the best in the world and so close to the British record. That felt very special. 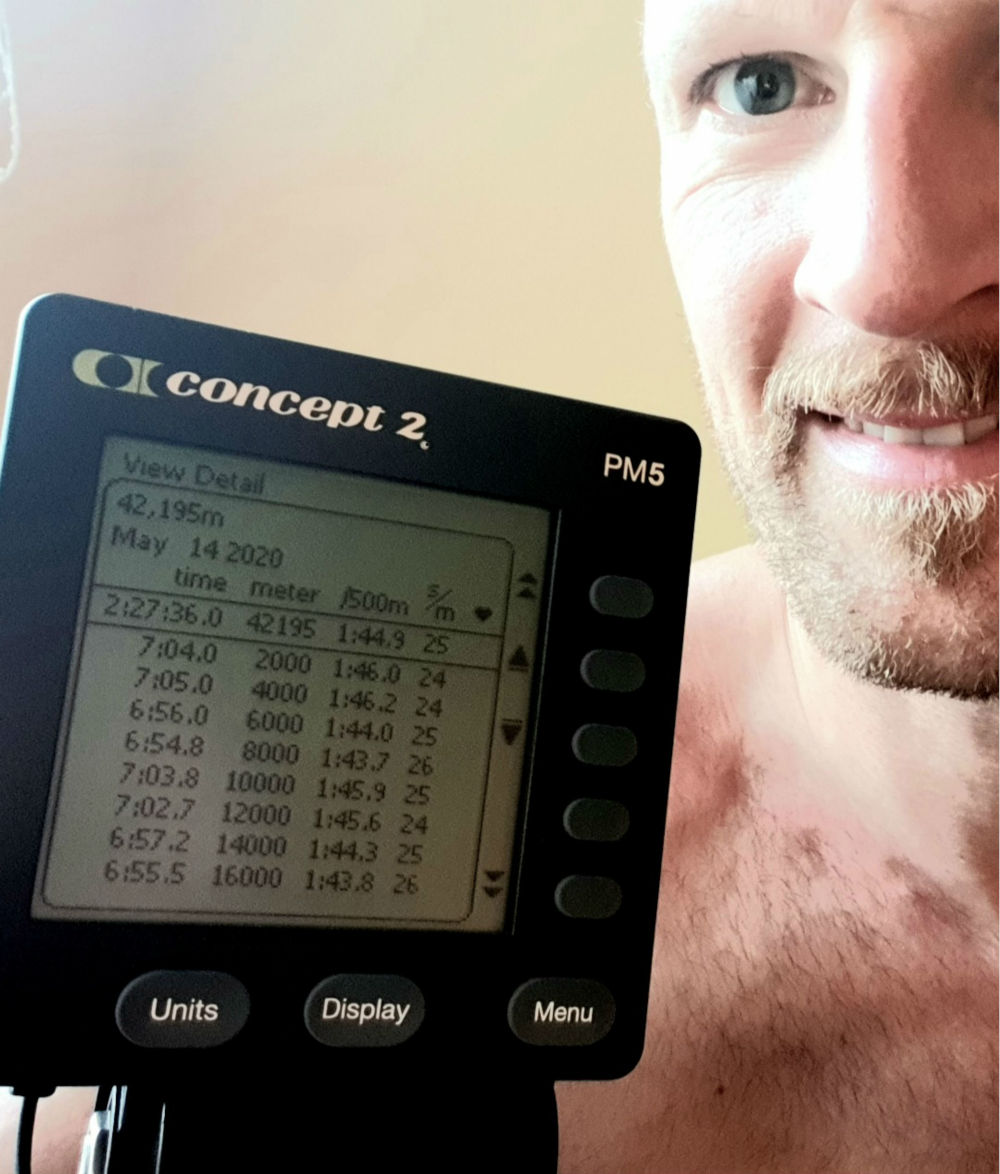 “The longest I’d been on a rowing machine was a half marathon so I was trying to pace myself to be sure I had enough in the tank to finish the course.

“But half way through I felt good, so decided to really push on.

“Most people would spend 15/20 mins as part of a gym exercise routine, so you can imagine after 42,192m I was pretty well done in.

“But I got a huge lift when I saw my time.

“My plan now is to beat the current British record by the end of this year.”

Neil is a keen endurance athlete having won Scotland’s first Tough Mudder race as well as the 2012 Coast to Coast challenge. 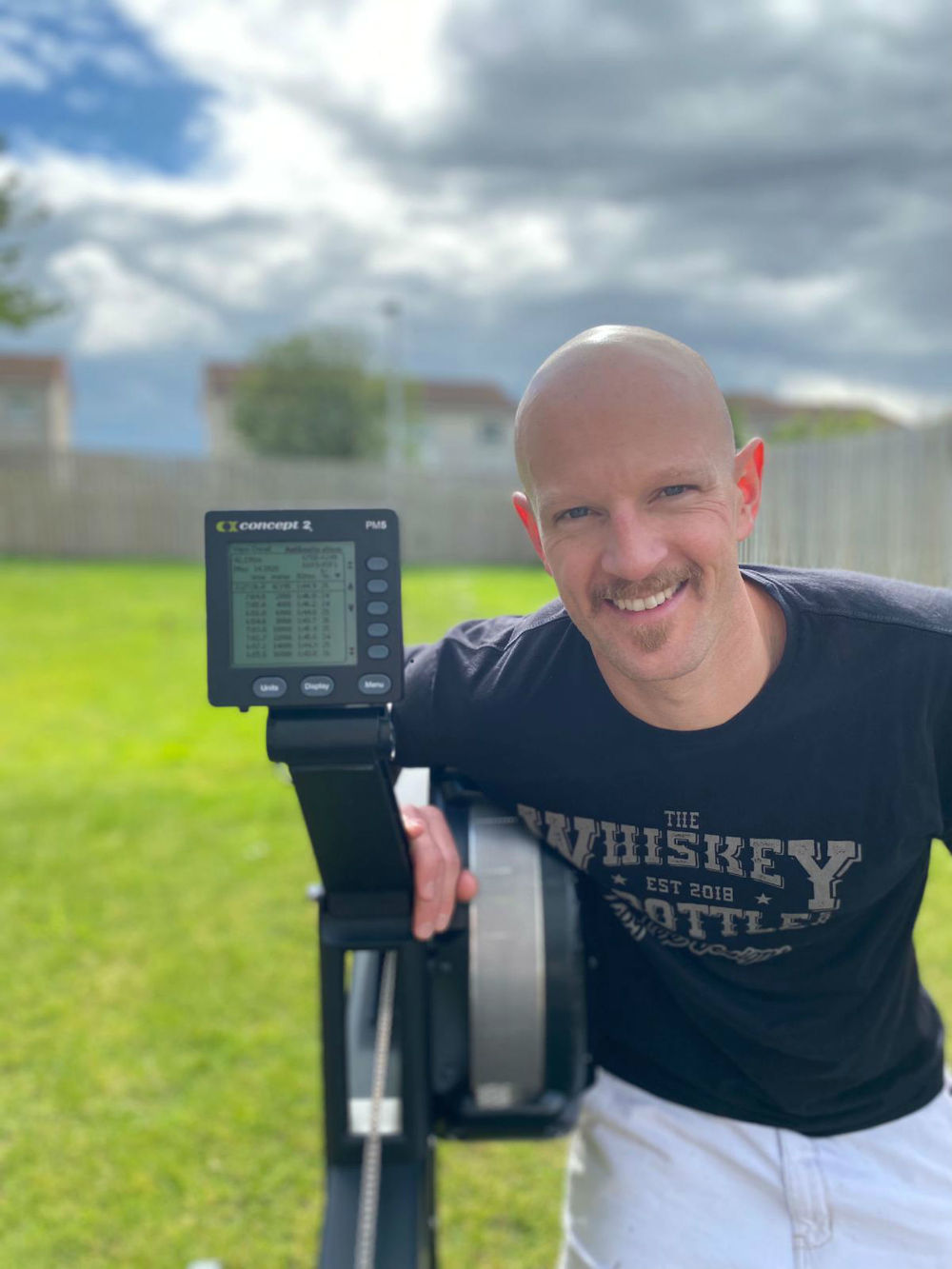 He also finished third in the 2000m at the 2018 Scottish indoor rowing championships.

He was inspired to do the rowing challenge as part of Scots endurance cycling hero Mark Beaumont’s ‘Ride Around the World in a Day’ fundraising venture.

He added: “For me it was a personal challenge. If I have a target to beat or a finishing line to cross, I always want to be first.

“I don’t work with any coaches or trainers. I like to set my own training plans and goals and just get stuck in.

“But the great thing is that this has raised so much money for NHS charities, who are going to help NHS staff who are doing wonderful things during the Coronavirus crisis.”