Two high-profile artists and writers will pass their skills on to the next generation of talent in art and design after joining the University of Dundee.

Professor Tania Kovats and Professor Maria Fusco have joined the academic team at the University’s Duncan of Jordanstone College of Art & Design (DJCAD).

Originally from London, Tania’s sculptural works and drawings focus extensively on environmental issues, and her writing on drawing is widely recognised as leading in the field. Her works have been presented in both public and private galleries throughout the UK and abroad, and are included in the Government Art Collection, the National Maritime Museum Greenwich, the Natural History Museum, and the V&A. Her academic career has included leadership of MA Drawing at the University of the Arts London, and most recently as Professor of Drawing at Bath Spa University.

Born in Belfast, Maria is a writer working across art writing, fiction, performance and theory, working with organisations such as Artangel, the BBC, and the Royal Opera House. Her one-act play, ECZEMA!, was commissioned by National Theatre Wales to celebrate the 70th anniversary of the NHS. Before joining Dundee she was previously Professor of Fine Art at Northumbria University, Chancellor’s Fellow at the University of Edinburgh, and Director of Art Writing at Goldsmiths. Her most recent role has been as Visiting Professor at the University of Art and Design Offenbach am Main, Germany.

Professor Kovats has already taken up her post, while Professor Fusco begins on Monday 25 May.

Welcoming the appointments, Professor Anita Taylor, Dean of DJCAD, said, “It is a pleasure to welcome Tania and Maria to the University of Dundee.

“Both are renowned in their respective fields and their appointments reflect the reputation that DJCAD enjoys as a place to work and study. They both bring a wealth of expertise and experience that will bring huge benefits to our students and our research, and will enhance even further the quality of education we provide here at Dundee.” 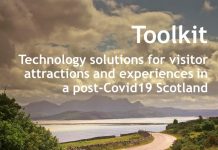 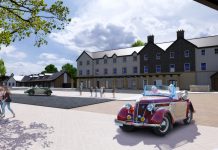 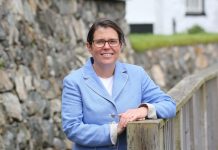