Marc McNulty has opened the door on a potential return to Hibs for a third time – insisting that he ‘loves’ playing for the club.

The Scotland striker’ is now back with parent team Reading with his loan deal having expired at the Leith side.

McNulty joined on his second temporary deal in January, a year after moving to Easter Road for the first time, and scored four goals in eight appearances, including a hat-trick in the Scottish Cup victory over BSC Glasgow. 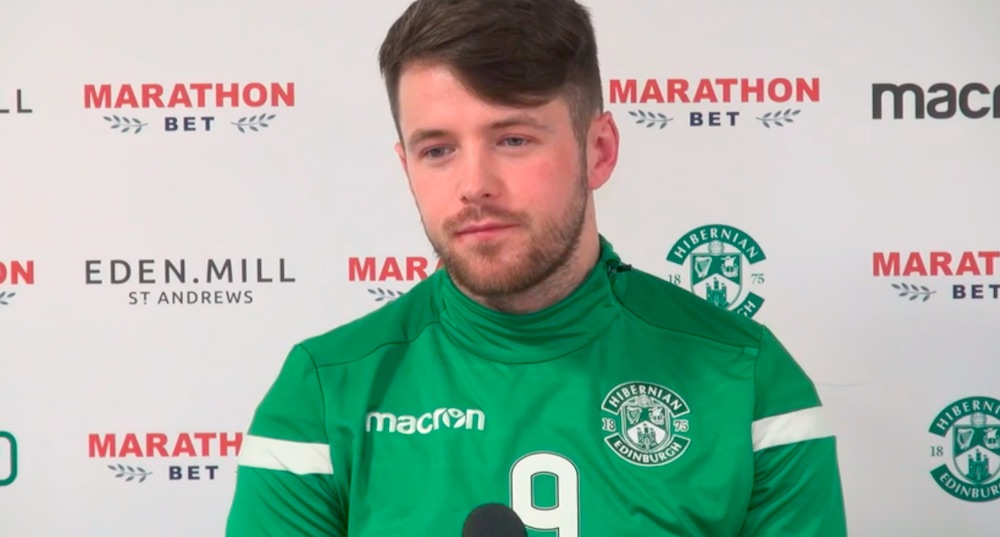 The 27-year-old, who earned a Scotland debut during his first stint with Hibs, is contracted to the Royals until 2022 but admits he does not know if he will be part of current boss Mark Bowen’s plans at the English Championship outfit.

He said: “I’d come back to Scotland, I love it here – love playing for Hibs. But I definitely do want to play in England again.

“Obviously it depends what kind of offers you get. It’s going to be hard because I’ve not played a lot this season.

“I just need to be playing under a manager who’ll see me playing every week.

“I’ve still got another two years at Reading so I need to speak to the manager to see if he wants me back there.

“There is a loans manager who asks you how you’re getting on but I need to have a conversation with the manager.”

Hibs head coach Jack Ross could be a factor in McNulty deciding where his future lies after the marksman admits he enjoys playing under the 43-year-old.

McNulty, who was also managed by Ross at Sunderland, added: “He is really good, he just lets the boys play with a lot of freedom.

“It’s just the way he is, he is not one of them that he’ll come in and say: ‘I want you playing out from the back, don’t go long’.”

Speaking to Open Goal, he added: “He does want to play but he would never be forcing it on boys to take it from the back in stupid areas and play out.

“Training is good and he is sound as well, the staff are good as well – it’s a good place to go.”