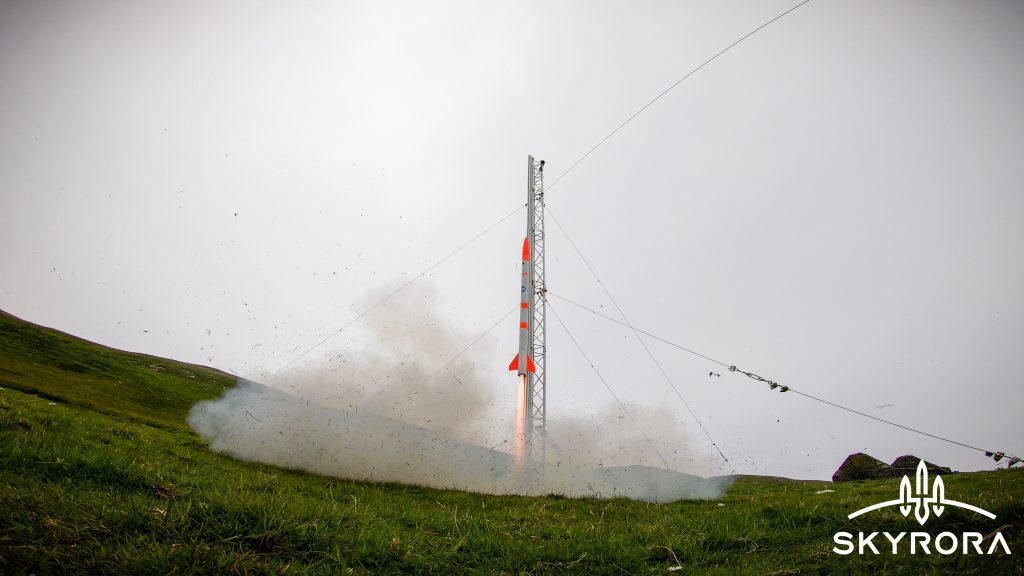 UK’s space race is heating up following a milestone suborbital rocket launch – the first of its kind to take place in Shetland.

Edinburgh-based Skyrora successfully launched its Skylark Nano rocket from remote land on the Fethaland Peninsula at North Roe on the Scottish island on Saturday (June 13th).

Skyrora plans to launch from one of the three proposed spaceports in Scotland and commercially launching from Shetland in the future is a potential option for the company.

Skyrora invited local journalists to attend the launch and to be a part of the education and learning process. All social distancing measures were met during the launch days.

“This is a great success for Skylark Nano, and the Skyrora team in general. Launching from Shetland is very important for us because it’s a potential option for our Skyrora XL orbital commercial launch vehicle. To understand the local launch conditions, learning more about the wind profiles in Shetland is critical.

“Skylark Nano’s third successive launch is testament to the engineers who have worked tirelessly to bring to life a reusable rocket that can provide valuable intelligence for the future of the UK space programme.”

Volodymyr Levykin, Skyrora CEO, said: “With this successful launch from Shetland we are further closing the gap to making the UK a rocket launching nation again.

“For Skyrora this test was all about learning and training. The innovation at Skyrora is enormous, not only are we producing high quality results, but we are doing so with minimum impact to the environment as we strive to develop eco-friendly technology in our launches.

“At a time of such uncertainty it is important we keep focusing on ingenuity and enterprise. We hope reaching space will inspire the whole nation and show the younger generation what the future of UK Space holds”.

Skylark Nano’s first launch took place in Ross-shire in summer 2018, with the firm continuing to develop cutting-edge research and technology ahead of its first planned commercial orbital launches.

Expanding their company across Scotland will allow them to leverage the highly skilled workforce available – with their aim of creating 170 jobs by the end of 2023. Skyrora is developing launch vehicle technology that builds on previous rocket systems with the aim of reducing the cost of launches thanks to proven technology and advanced engineering methods.

The firm draws on Britain’s launch heritage and aims to build a robust supply chain while creating new employment opportunities to inspire the next generation of talent.