Stanley Ho, the name behind the biggest gaming dynasty in the Asian world has died aged 98.

Whether you prefer to visit some of the top CSGO skins gambling sites, betting sites or a range of casinos online, Stanley Ho has been a household name for many gamblers all over the world and is well known for owning numerous Macau-based casinos, including the familiar MGM Macau.

Ho is the owner of SJM Holdings, and through the firm, he was able to establish a casino empire in Macau, which is Chinese and Asia’s biggest gambling territory, and this was instrumental to the transformation of the former Portuguese colony into the biggest gambling hub in the entire world.

Ho was able to share his empire among members of his family before stepping down as the chairman of the firm in 2018.

According to Stanley, he had four wives and up to 17 children, most of whom are now overseeing different firms that hold up to half of the six gaming licenses in Macau.

His eldest daughter is named Pansi Ho, and his second wife gave birth to her. At some point, she was named the richest woman in Hong Kong, prior to a decline in her fortune that dropped it to $3.7 billion.

She took over the chairmanship of Shun Tak Holdings from Stanley. The firm is into real estate and also runs ferry services between Macau and Hong Kong, plus some dealings in hotel management. The chairmanship of SJM was transferred to her sister Daisy Ho upon the retirement of her father two years back.

He also had a son from his second wife named Lawrence Ho, and he is currently in control of the casino firm named Melco Resorts, which is listed in the NASDAQ through the Melco International Development that is listed in Hong Kong. He is estimated to worth more than $2 billion.

His fourth wife named Angela Leong is a co-chair and the second largest shareholder in SJM, and she is worth up to $3.2 billion.

Ho, who was regarded as the ‘King of Macau’ when he was alive, was a nephew to the man named Sir Robert Hotung, who was very famous in the Hong Kong business environment in the 20th century. He was a philanthropist and was named the first Chinese person that ever lived in the city’s noble Victoria Peak.

Ho was no doubt born into a home of privilege and wealth. However, he experienced some level of poverty in his teenage years.

Now, when Hong Kong was invaded by China in 1941, he disappeared to Macau. It was there that he made his first fortune, and he did this by smuggling goods into mainland china.

However, in 1962, Ho and other investors were awarded the exclusive right to run all gambling operations in Macau till 2001. However, with the completion of the Grand Lisboa in 2007, the skyline of the city of Macau was completely transformed by the SJM. The 48 story tower was seen by many as a lotus flower shaped edifice.

Now, after the Portuguese occupation of the city of Macau for 400 years before handing it over to China, the Wynn Macau, Sands China, MGM China holdings, and Melco Resorts and Entertainment, Galaxy Entertainment Group, and SJM were given the licenses to run casino games in the city.

It was in 1992 that the Forbes ranking of billionaires list first featured Ho, with a net worth of $1.1 billion.

After this, he remained on the list all through his life, until he disappeared from it in 2011 when he embarked on the transfer of shares to members of his family that saw a decline in his personal fortune.

However, it should be noted that this transfer of shares was followed by a protracted public feud over the control of his empire.

However, in mid-2009, Ho was involved in an accident in his hometown, and this caused him a head injury that required surgery.

Speaking about his legacy, he posited that he wanted an equal distribution of his fortune among the four branches of his family.

However, information given to the public was that the dispute was amicably resolved a few months later.

Ho, who is a very flamboyant tycoon, is also sold to ballroom dancing and lavish spending. But he was rarely seen in public in the last few years due to a decline in his health.

At the time of his death, he had three wives, Ina Chan, Licina Laam, and Angela Leong.

He lost his first wife, Clementina Leitão in 2004, and she was aged 80 when she died. 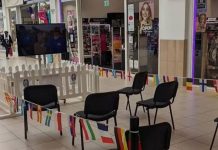 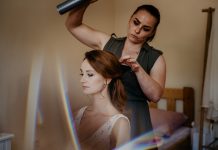 Top Custom App Development Risks That You Must Be Aware Of