Kieran Tierney has hailed Celtic captain Scott Brown as the ‘perfect leader’ and insists he will happily accept any suggestions that he is a similar influence at Arsenal.

The Scotland defender has made a positive impression on and off the pitch at the Gunners, despite being plagued by injuries since making his record £25 million switch to the London club from the Bhoys last summer.

And the 23-year-old is adamant he had the perfect role model in midfielder Brown during the four trophy-laden years they were team-mates. 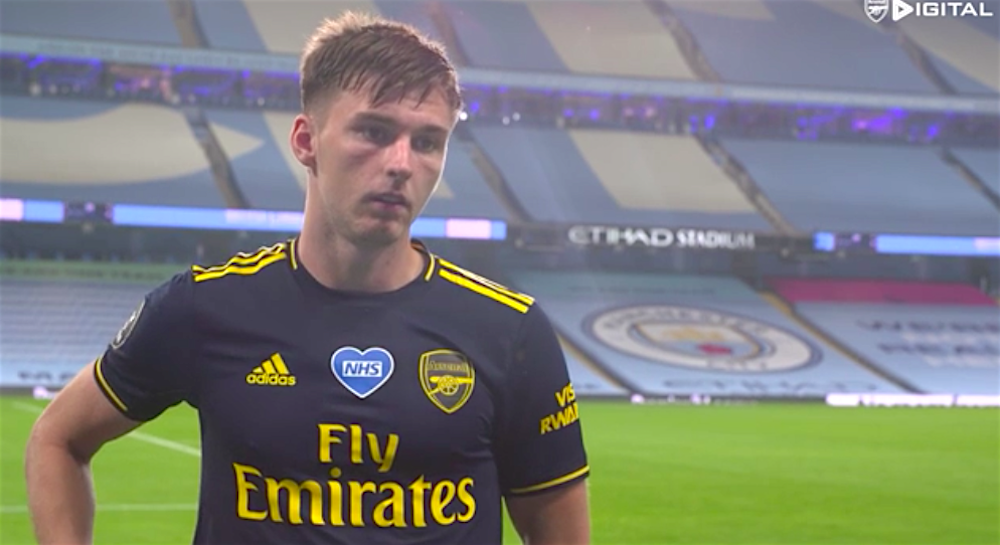 Tierney is expected to be recalled to the starting XI for today’s clash with Southampton after being rested in the defeat to Brighton and insists his upbringing at Celtic means he will not shirk away from the challenge of trying to restore Arsenal’s fortunes.

He said: “I’ll bring what I can bring. I don’t try to be a leader or anything like that. I’m just who I am. It’s how I play and how I work. I’ve learned from good people as well.

“He (Brown) epitomised what a leader is, he is the perfect leader. I worked under him for so long and he taught me so much about football and about life.

“I’m not like him in many ways, but he taught people how to be themselves and how to be the best that they can be that’s what I try to do.

“If people say I show leadership, then that’s brilliant.”

Tierney’s refusal to wear thermal training kit during the depths of winter in London did not go unnoticed among his team-mates and fans alike and the left-back could not resist poking fun at his Arsenal colleagues.

Speaking to Sky Sports, he added: “The rest of them are all snooded-up, wearing hats and the rest of it.

“People always say, ‘why aren’t you training in a jumper?’ but I never play in a jumper on a Saturday, so it makes sense to wear the same attire in training. I don’t mean anything by it, it’s just what I feel comfortable in.”

Tierney made his first start in six months in the 3-0 loss to Manchester City last Wednesday after dislocating his shoulder in December.

The defender has been restricted to only 13 appearances for Arsenal so far after arriving from Celtic with a groin complaint.

He added: “I’d had doubts about whether the injury I’d had before was ever going to go away, it was so ongoing and I was playing through it for that long.

“To eventually get through it was a weight lifted off my shoulders, but then dislocating the shoulder was just another freak accident. There was nothing I could have done about it.

“It’s not ideal when you’re injured and you’re away from your family and everything is new, but I’ve got good people around me and good people at the club.

“It was tough and it was obviously frustrating, but I think everything is sent to test you and everything happens for a reason. I’ve had obstacles before and hard work is how I’ve found my way past the bad days.

“Just work hard, and the better days will come.”