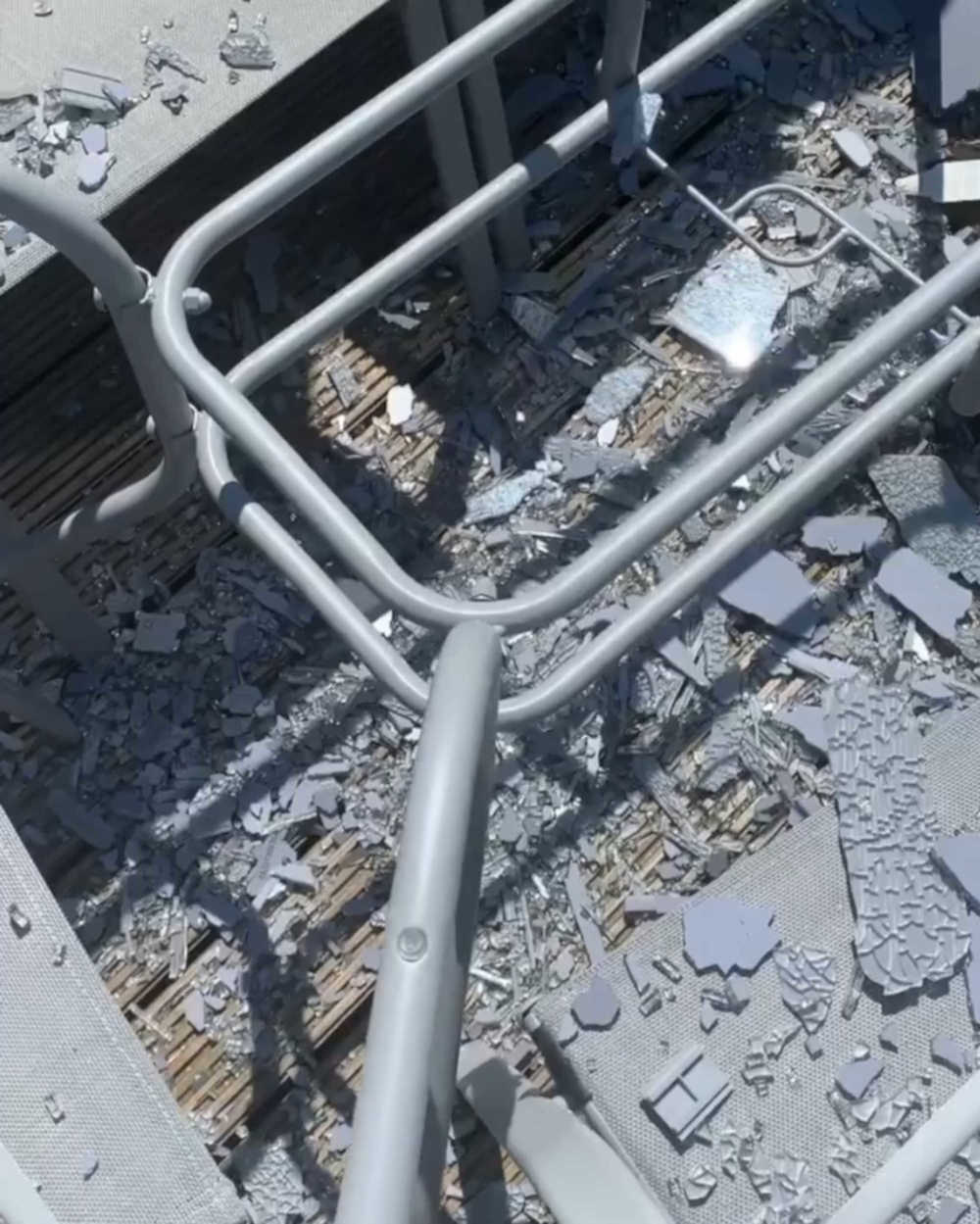 ARGOS have apologised to a customer after one of their own brand “weather resistant” tables “exploded” due to the extreme heat.

Shocking images show how the table allegedly “exploded” as temperatures soared to 31 degrees.

Julie Jones, from Liverpool, was mowing the grass last Thursday [25 June] when the table shattered.

The 51-year-old grandmother almost suffered a panic attack following the incident, which saw the £200 table shatter into small pieces.

The table is advertised as “weather resistant” and can apparently be left outside “year-round”.

A video also shows the aftermath, with the glass table hissing audibly as it lies in a shattered heap

The photos were shared by Julie’s daughter Samantha Jones shortly after who wrote:

“Anyone who has bought this set please be careful!

“So the glass on the new garden table we got from Argos Sainsbury’s has just exploded.

“My poor mum was mowing the grass when it happened and has just nearly had a panic attack with the shock.

“Apparently this table can be left outside ‘all year round’ but clearly not!

“You can hear the glass crackling in the video. It was that hot.

“Imagine if there were people sitting at it when that happened, it’s not worth thinking about.”

She added that Argos wanted her to dismantle the broken table in order to deal with the matter.

Melanie Williams wrote under the post: “Omg! So glad no one was hurt that could have been fatal. Your poor mum!”

Sarah Keenan said: “Omg that could have literally killed someone.”

Adam Cook said that a similar thing happened to him saying: “Ours did the exact same.

“We thought it was smashed by someone while we were out but looking at it now it’s clearly Argos’ fault. ”

A spokeswoman for Argos said: “We have apologised to Samantha for her experience.

“It’s extremely rare, but glass tables can break for a range of reasons.

“The safety glass is designed to shatter into smaller pieces to prevent serious injury and we can see from the photos which Samantha has shared that this was the case here.”

Last year an Argos glass dinner table exploded on a family while eating leaving them with cuts.

Katie Connor from Bognor Regis, West Sussex, took to Facebook to warn people after her nieces were cut by the glass caused by the explosion.

Three years ago, Argos faced pressure to recall the Sicily Table after several incidents of families being injured by the table made headline

At the time, Argos refused to recall the product as they had a handful of cases, but apologised to customers.