AN anonymous benefactor has donated £100,000 to Scottish Women’s Football (SWF), via The Scottish Football Partnership Trust, as a further boost to the women’s game during the COVID-19 crisis.

The new investment will support the sustainability of the 26 clubs who make up the new regional SWF Championship whose inaugural season kicked off in March 2020.

James Clydesdale, Chair of the Scottish Football Partnership Trust who have supported SWF with grants and sponsorship over the last decade, said:

“This is another great boost for women’s football and the new funds will be used to support clubs at Championship level navigate the challenges brought on by the Covid pandemic. ”

“It is very encouraging that another benefactor is prepared to support SWF at such a time. It shows how the status and progress of the women’s game is recognised and acknowledged as an integral part of football in Scotland.”

This further boost to the women’s game follows on from the recent donation to the SFP Trust by James Anderson, the Edinburgh philanthropist, to support mainly the senior clubs in the Scottish Women’s Premier League 1 and 2.

The new investment of £100,000 will be divided equally among the Championship with a donation of £3,846 to each club.

The Championship’s two regional leagues of 26 clubs were set up below SWPL 1 and 2, following a review in 2019, as part of the performance pyramid structure of the rapidly developing SWF.

James Clydesdale, chair of the SFP Trust, added: “These clubs had shown great enthusiasm and effort to meet the entry criteria which ranged from qualified coaches to improved venues and medical/physio support for players only to suffer such a setback in their first season.”

” Thanks to this anonymous donation we are able to give them further support.”

Vivienne Maclaren, Chair of SWF, said: “We are delighted to be bringing yet more positive news to our members and we are pleased that these funds will support the Championship clubs who make up the rest of our Performance pyramid below the SWPL”.

“An incredible amount of work and consultation went into devising the new competition structure which clearly identifies the performance pathway from a competition perspective.”

” We were delighted by the response of clubs, who invested in their infrastructure as well as volunteers/staff, and the outcome was 26 motivated and ambitious clubs in the Championship league ready to kick off the new season and new competition structure in March 2020”.

“These Championship clubs now find themselves in the position that having invested in their club programmes, they are without football and importantly have very few mechanisms for generating revenues.”

” This donation will help maintain the progress made within the women’s game and we would like to place on record our sincere thanks to the donor.”

Representatives of the Championships Clubs on the SWF’s Perform and Win committee said: “Firstly on behalf of all the Championship clubs we would like to say a massive thanks to the benefactor for this fantastic donation into the women’s game and also to the Scottish Football Partnership Trust for their continued support of women’s football in Scotland”.

“This significant donation will greatly assist Championship teams as we prepare for our return to training and competitive games. We are all very aware of the financial struggles facing so many clubs as a result of the pandemic. ”

“The substantial sums our members are set to receive will be truly transformative.”

Any gift aid (£25,000) from the donation will be awarded directly to SWF for the purpose of event activation and marketing of senior cup competitions to encourage attendances and engagement with local communities and to increase the visibility of women’s football. 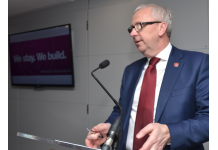 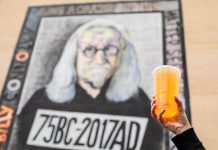