SHOCKING video shows a gang trying to drag a man from a wrecked car and attack him with a hammer.

The disturbing scene which place in Walsall, West Midlands after the driver of the vehicle allegedly crashed and almost ran over a woman.

The clip, filmed on Wednesday, captures the group of men screaming and kicking the vehicle whilst trying to grab hold of the man who appears to be the driver.

It begins showing the damaged car wedged between a Mercedes and another car and surrounded by angry men.

A man in grey top reaches in through the window while brandishing a hammer.

Another man also tries to pry the vehicle’s door open.

The men kick the sides of the vehicle, with one screaming: “Get him in the car. Smash him. Why the f*** did you go and smash my car?”

Suddenly a man in a camouflaged styled hoodie smashes open a window using a hammer. 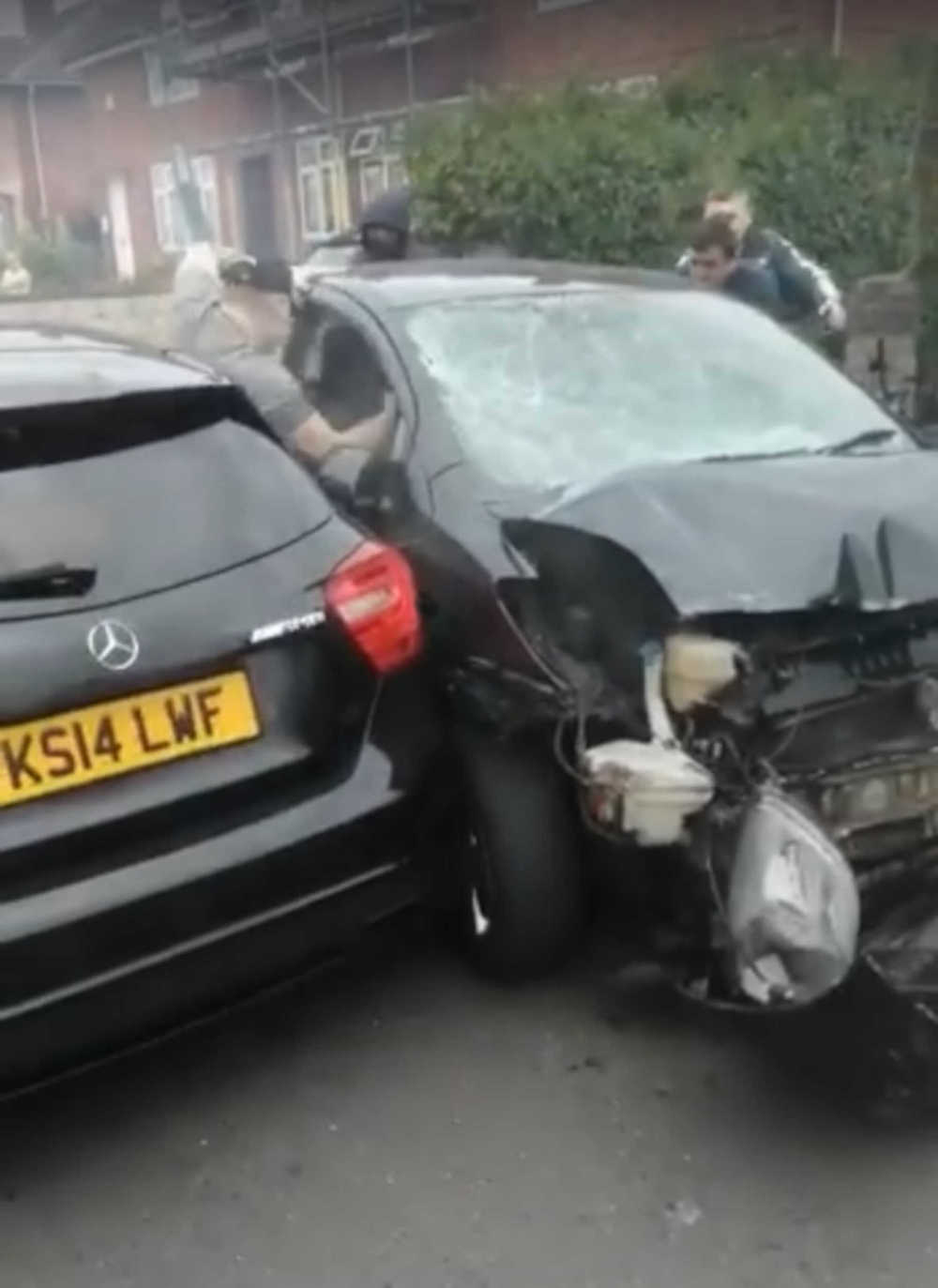 The men then start to punch the man and attempt to yank him out by the ankle.

He struggles, managing to free his leg, before cowering in the passenger’s seat.

However, he is met with more blows to the head as they continue to try and pull him out.

At one point the man’s trousers are pulled down as he tries to wriggle free.

The men then surround both front windows and begin punching his head and while they try to yank him out the other side.

The men struggle and end up pulling down their victim’s trousers while he tries to squirm away.

The shouting and violence continues a while longer before the clip ends. 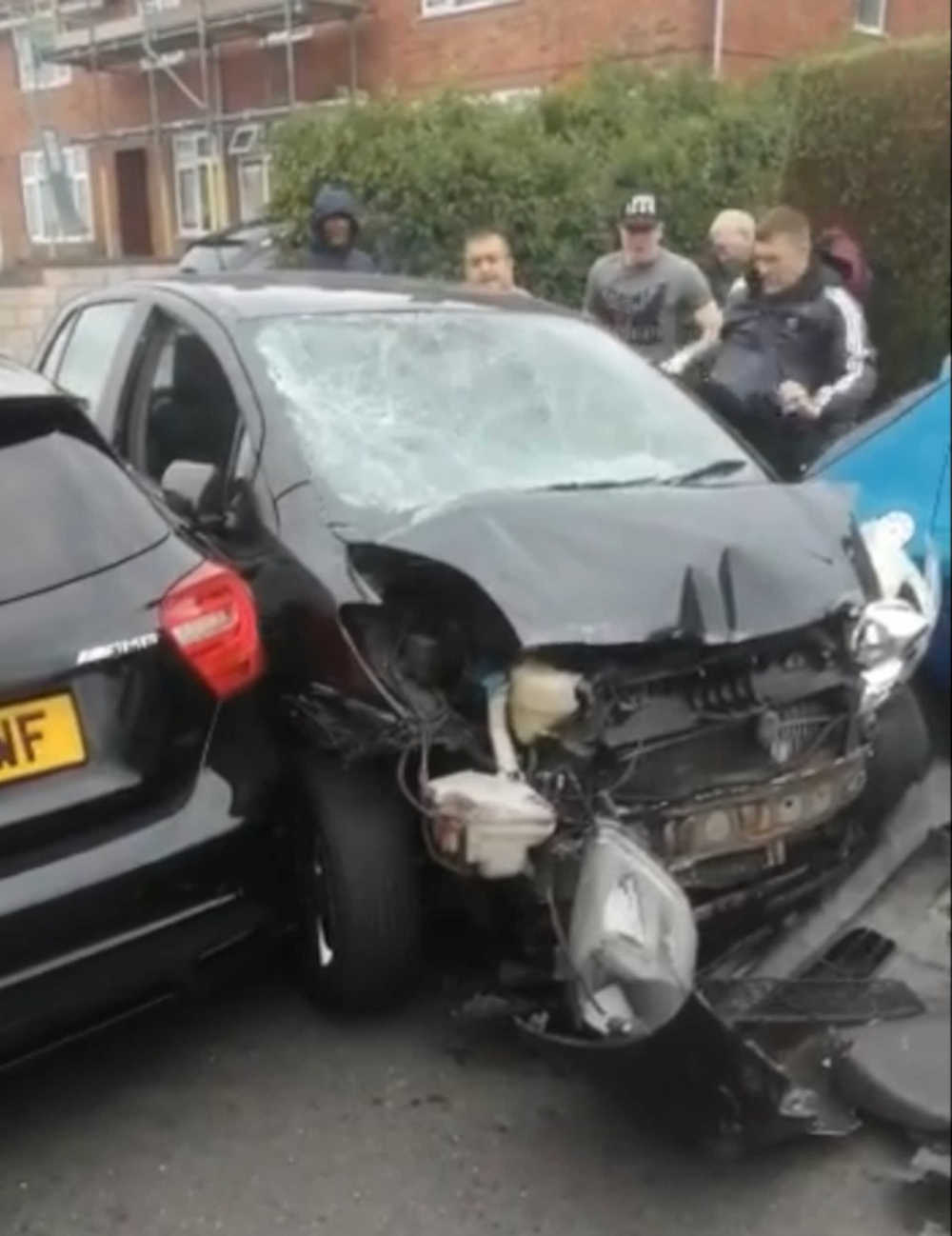 The footage was uploaded to Facebook captioned with: “What’s going on here?”

It has shocked social media users.

Jennifer Jackson wrote under the post: “What the f** are they doing that for?

” A*holes poor guy got in an accident as it is.

However Michael Walker wrote: “A street where kids play everyday so he deserves everything he got and more.”

West Midlands Police have confirmed they are investigating a collision on July 1.

A spokeswoman for West Midlands Police said: “We are investigating reports of a disorder following a collision on Holden Crescent in the Coalpool area of Walsall.

“A number of cars were damaged in the collision and a pregnant woman was taken to hospital as a precaution.

“A man in his 20s was detained at the scene and taken to hospital to be treated for injuries to his face.

“He has since been discharged and enquiries are continuing.

“We are aware of a video circulating on social media which is forming part of our investigation.

“Anyone who witnessed the incident or has any information is urged to contact us via Live Chat on our website or call 101 quoting crime reference number 20WS/152575N/20.”