STEVIE MALLAN is determined to form a midfield dream team at Hibs with Scott Allan.

Mallan is sick of suggestions the pair cannot play together in the same line-up because they are too similar.

The 24-year-old is back to fitness after missing the end of last season’s campaign because of a knee injury. The duo played together just three times after Ross’ arrival in November, with four other Mallan appearances coming as a substitute for Allan.

Mallan said: “I get asked all the time if Scott and I can play in the same team.

“I know he’s a No.10, people see him in that position, and people also see me as a No.10 but I’ve never really played there. We’re the same type of player but also totally different.

“Scotty’s got that eye for the killer pass and I’m probably more likely to have an eye for goal.

“I definitely think we could fit together in the same midfield.

“This season, hopefully, I can get that spark with him and we can do well together.” 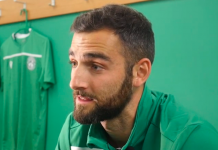 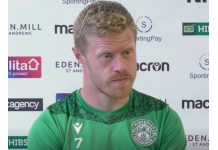