Micky Mellon admits it had to be a ‘special’ offer for him to leave Tranmere after he was unveiled as Dundee United’s new manager on Monday evening.

Mellon became a club legend during his four years in the Prenton Park dugout after leading the team to League One with successive promotions, although the Whites were relegated last month on a points per game basis.

The Scot, who was born in Paisley, had spent his entire playing and management career, which has yielded five promotions, in England. 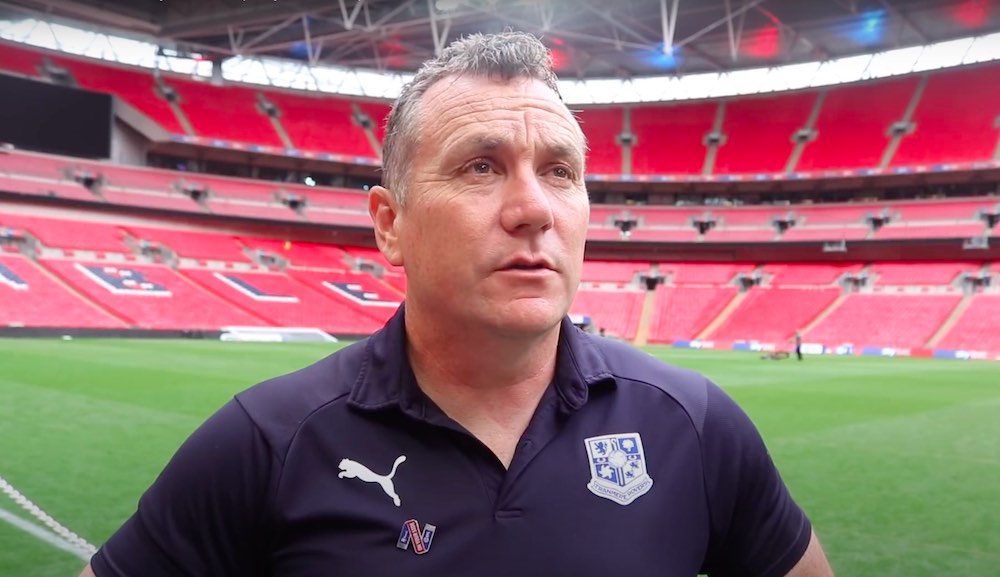 And the 48-year-old insists the lure of taking on the reins at Tannadice was just too strong to turn down.

In a message to Tranmere fans on the club’s Twitter account, Mellon, who also played for the club, said: “I need people to understand how big a decision it was for me because I think anyone who knows me knows how much of a fantastic time I had at Tranmere, how much I loved it down there and enjoyed it there.

“The opportunity came and it allowed me to do something I wanted to do, which was to manage in Scotland and be up with my family at a fantastic club like Dundee United.

“It would have had to have been something really special for me to want to take it on.

“That does not make my feelings for Tranmere any different.

“It is a special place for me and it will be one of the first results I look for.

“I’ve had such a great time there and it’s somewhere I’ll miss very much.”

Asked about special memories, Mellon, who also guided Fleetwood and Shrewsbury to promotion, added: “All of it really. People will speak about Wembley (play-off winners in 2018 and 2019) and the big cup ties but from the moment I walked in the door it felt so special to me.

“The welcome I got when I came back was unbelievable.

“I know I’m up here in Scotland but I will be coming back when the opportunity is open to me.