The Covid-19 pandemic has taken the world by storm. Medical institutions are still racing to find a foolproof vaccine. But detection and containment remain the only way to restrict the spread of the infectious virus. While several testing methods are being practiced, Digital PCR technology is quickly emerging as the most effective solution.

PCR technology has been making steady progress over the last thirty years. To better understand why Digital PCR is in the SARS-CoV-2 virus detection, let’s take a quick look at the evolution of PCR as a testing system.

Kary Mullis discovered Polymerase Chain Reaction (PCR) in 1983. Its ability to manipulate and detect nucleic acids had opened up limitless possibilities for the medical community. The 1990s witnessed a large number of limit dilution PCR experiments. Limit dilution functions by diluting the template DNA. The dilution ensures that any single PCR reaction contains only a single template molecule.

The frequency of positive and negative reactions will by default follow the Poisson distribution due to the multiple reactions in the limit diluting PCR.  You can calculate the number of target molecules, based on the dilution factor.

In 1999 Kinzler and Vogelstein invented and coined Digital PCR. Using this process a sample can be partitioned into several distinct components. Each of these components can then contain individual PCR reactions. At its time of inception, this process was both time-consuming and expensive because the technology was simply not ready for it. But within another decade, the advancements in microfluidic engineering had turned it into a viable option.

In 2006 researchers devised a new Digital Array PCR method by using a chip containing 12 different panels. These panels were partitioned into 765 6-nL chambers in which the PCR reactions would occur. This process however was sorely limited by the volume of the reactions, the increased time it took to test samples.

The next big breakthrough in Digital PCR came with the invention of the Stilla Technologies Naica system in 2016. It has high sensitivity and precision, with a 3-color target multiplexing capability. This process has the added benefits of ensuring homogeneity in the droplet size as well as being a more cost-effective solution.

Though the initial progress of digital PCR was slow, it witnessed a renaissance a decade after its discovery. The technological advancements and working principle of Digital PCR gave it some clear advantages over other methods.

The biggest issue with the testing for COVID-19 is the sheer volume of test demands that have overwhelmed the testing facilities. Due to the rapid spread of the disease across the world, medical institutions are struggling with shortages of reagents and sampling kits.

One of the temporary solutions was to pool samples for group testing since it reduces the amount of reagents used by a factor of 5. But group testing using RT-PCR also reduces the sensitivity of the test as people with mild infections often get tested negative.

Methods like qPCR or RT-PCR require a lot of samples to successfully run a test. Collecting so many samples is both time-consuming and increases the chances of cross-contamination. Digital PCR method reduces both the number of samples needed as well as the reagents.

Most samples for COVID-19 are collected with nasopharyngeal swabs. These generally tend to be complex sample matrices containing a low virus load during early infection. Unlike the qPCR, Digital PCR methods excel in quantifying nucleic acids from complex backgrounds. This reduces the chances of a false negative.

qPCR relies on a standard curve to establish results. As a result, the test results are often miscalculated in labs. Digital PCR, on the other hand, provides an absolute count of RNA or DNA molecules. It is also far more resistant to inhibitors than qPCR making the readings accurate and highly sensitive.

False-negative results from qPCR testing are estimated to be 20–30% of the total tests. This is an unacceptable number for a disease that is as infectious as Covid-19. If the patients are not immediately identified and quarantined, then the virus can spread exponentially.  Using Digital PCR for testing can minimise such risks.

Several large scale surveys have been conducted to test the efficacy of Digital PCR. The Virology Department of Bichat Hospital (AP-HP) in collaboration with Stilla Technologies and CREST (Ecole Polytechnique), conducted the largest comparative study between-group testing using Digital PCR and individual testing through RT-PCR. The results confirmed that the Digital PCR process could detect the samples with lower viral loads that RT-PCR overlooked.

Two studies were also conducted in ground zero Wuhan, China. The first study indicated that the Digital PCR technology-based test could detect as few as two copies of viral DNA per reaction. This technology also improved the accuracy of detection from 28% to 87%, while reducing false negatives from 21% to 1%. The tests using this method also inferred that elderly people recovering from the disease present higher viral loads over a longer period of time.

Digital PCR is set to take the center stage as and accurate way of testing for Covid-19. Also Covid-19 Kit reduces the risks of the disease spreading considerably which is of paramount importance, in our quarantined times. 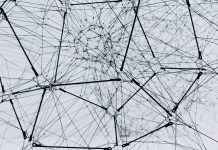 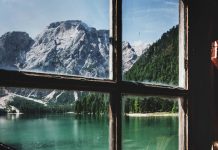 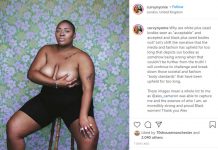