Paul Kean admits he is determined to seize his chance under the spotlight and take a huge step forward in his boxing career with victory over Hamzah Sheeraz on Friday night.

The Dundee fighter will be in the ring when the sport returns to television screens in the UK for the first time since lockdown measures were introduced.

The WBO European super welterweight title is on the line behind closed doors at the BT Sport studios in London and Kean, who has won 12 of his 13 bouts to date, sees a win over the unbeaten Englishman as a launchpad to bigger fights. 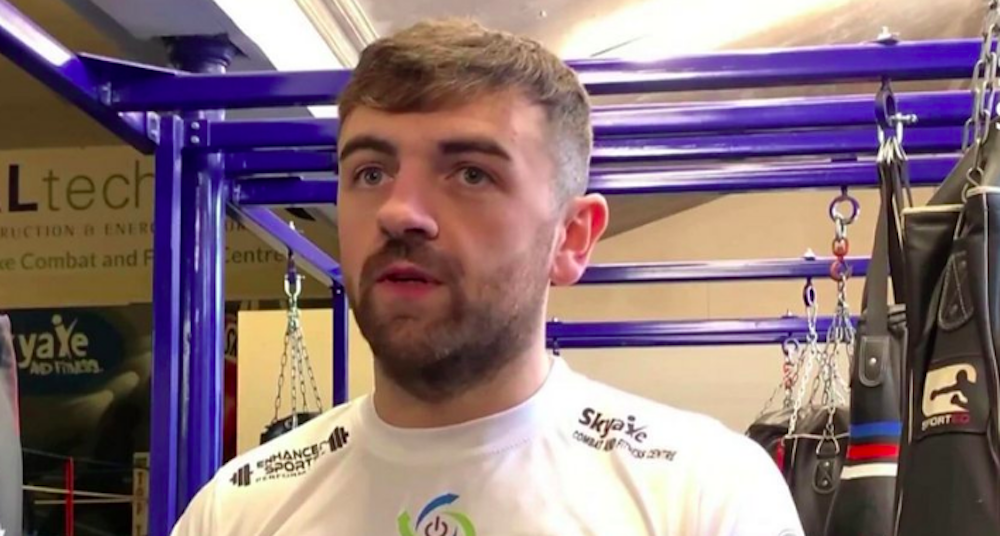 Kean, who is represented by Kynoch Boxing, said: “It’s the biggest fight of my career by far so I’m ready to go.

“The exposure will be great but I’m not really too focussed on that at the moment, I’m just focused on going out and winning the fight and that’s it.

“I’ve not really thought about it being on television, I’ll focus on the fight and think about that after.

“A win would turn my career on it’s head, it would be unbelievable.

“There is the exposure you’re going to get and if you win the fight you get a WBO world ranking and things like.

“It can only go from strength to strength after that so I’m looking to take that chance.

“I hope this is just the beginning for me of really getting started.”

Kean travelled down to London on Tuesday and insists he has no qualms about fighting behind closed doors.

He said: “I got tested when I first arrived in London, it’s a wee bit surreal but it is what it is.

“You’ll only have three cornerman, it will be us four and his four, the referee, the judges and the camera crew.

“There will no-one else there.

“This is the first one so the procedure will be strict and tight.

“A fight is a fight to me to be honest, there is just you and him in the ring so that’s all you focus on, it does not matter what the surroundings are.”