A RIVAL OFFER tried to tempt him across the capital and there was even more money on offer south of the border, but Kevin Nisbet is adamant he always had his heart set on Hibs.

The 23-year-old trained fully with his new team-mates for the first time on Monday after capturing the headlines and sparking debate with his £250,000 switch from Dunfermline last week.

His new Easter Road employers saw a bid for his services turned down during the January transfer window, when Dundee United were also rebuffed following a six-figure offer.

But they have finally got their man in a move that courts controversy by paying a substantial fee at the same time as they consult players and staff over pay-cuts and redundancies.

The former Partick Thistle and Raith Rovers marksman is adamant he will thrive under the pressure of having a transfer fee on his head and is determined to also prove he made the right decision in choosing a return to Hibs, where he was on the books as a promising under-15s prospect.

There was interest in England and Robbie Neilson took his admiration of Nisbet with him from United to Hearts, with whom the player’s agent spoke at the 11th hour.

But the Glaswegian, who revealed his wage is less than it would have been had he joined Hibs in January, believes he is in the right place to continue his ‘journey’.

“Ever since January, Hibs has been the place I’ve wanted to be, where I want to score goals,” said Nisbet, who admits he is inspired to emulate Lawrence Shankland’s elevation from lower-league goal-scorer to the Scotland squad.

“They [Hearts] made an offer and it was flattering but it was a case of ‘no’, getting everything signed with Hibs and becoming a Hibernian player.

“Since hearing Hibs were interested I turnerd down offers down south. I think this is the perfect place to come. I think I’ll fit in the team well. I don’t think money is that important to me right now. 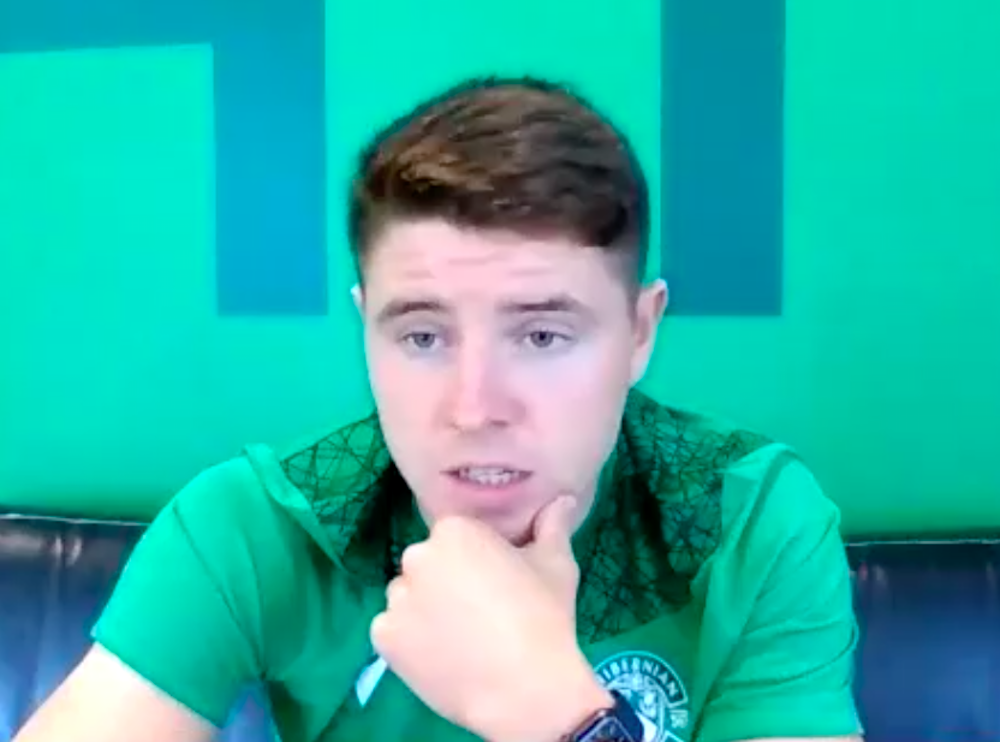 “Going down south at this point in my career was something I didn’t want to do. I spoke to my family and Hibs were always first choice for me.

“But there was a point when I worried it might not happen. Of course, you see people losing their jobs in football – and it does start to worry you, if it’s ever going to happen.

“So I’m grateful to be here and humbled to be here. I’m just delighted to get a long-term deal.”

It has been suggested current members of the Hibs squad could resent Nisbet being recruited for a cash outlay when they are being told there is not enough money to keep paying their salary.

“I took a lower wage, if I’m honest, than I would’ve got in January and I think it’s only right doing that,” he added. It wouldn’t be right for me to come in and be on bigger wages so I took a lower wage for it.

“The lads have been first class since I’ve come in and welcomed me. and helped me settle in really quickly.”