Skyrora has established an engine test complex in Scotland, where it already has successfully tested its 3.5kN engine and three-tonne engine for its sub-orbital and orbital rockets. Skyrora expects the newly established Engine Test Complex to help the company create over 170 new jobs in the area by 2030.

Skyrora’s engine test complex layout is fairly minimal, mainly consisting of a fuel and oxidiser loading system to put fuel into both tanks and a pressure supply system to feed the fuel to the engine in the test stand.  Skyrora also built the actual test stand, the road to access the test site and the concrete slab for the test site to sit on. It took the team only a few weeks to build it, at a fraction of the estimated time and cost while making sure all measures followed health and safety guidelines.

The test site is estimated to help Skyrora create over 170 mainly technical jobs in manufacturing and operations ranging from mechanical engineering to electronics for avionics systems.

Volodymyr Levykin, chief executive officer of Skyrora, said: “The opening of our engine test complex represents a giant leap forward for the UK’s ambitions as a space nation and Scotland’s status as a space hub. The location and additional jobs will benefit the UK space industry and help the overall economy grow. It will also allow Skyrora’s highly skilled workforce and a young generation of engineers and technicians to be a part of this space revolution.  Skyrora has developed and come so far as a team and a company, and I am really proud to see how many milestones we have achieved in a short period of time.” 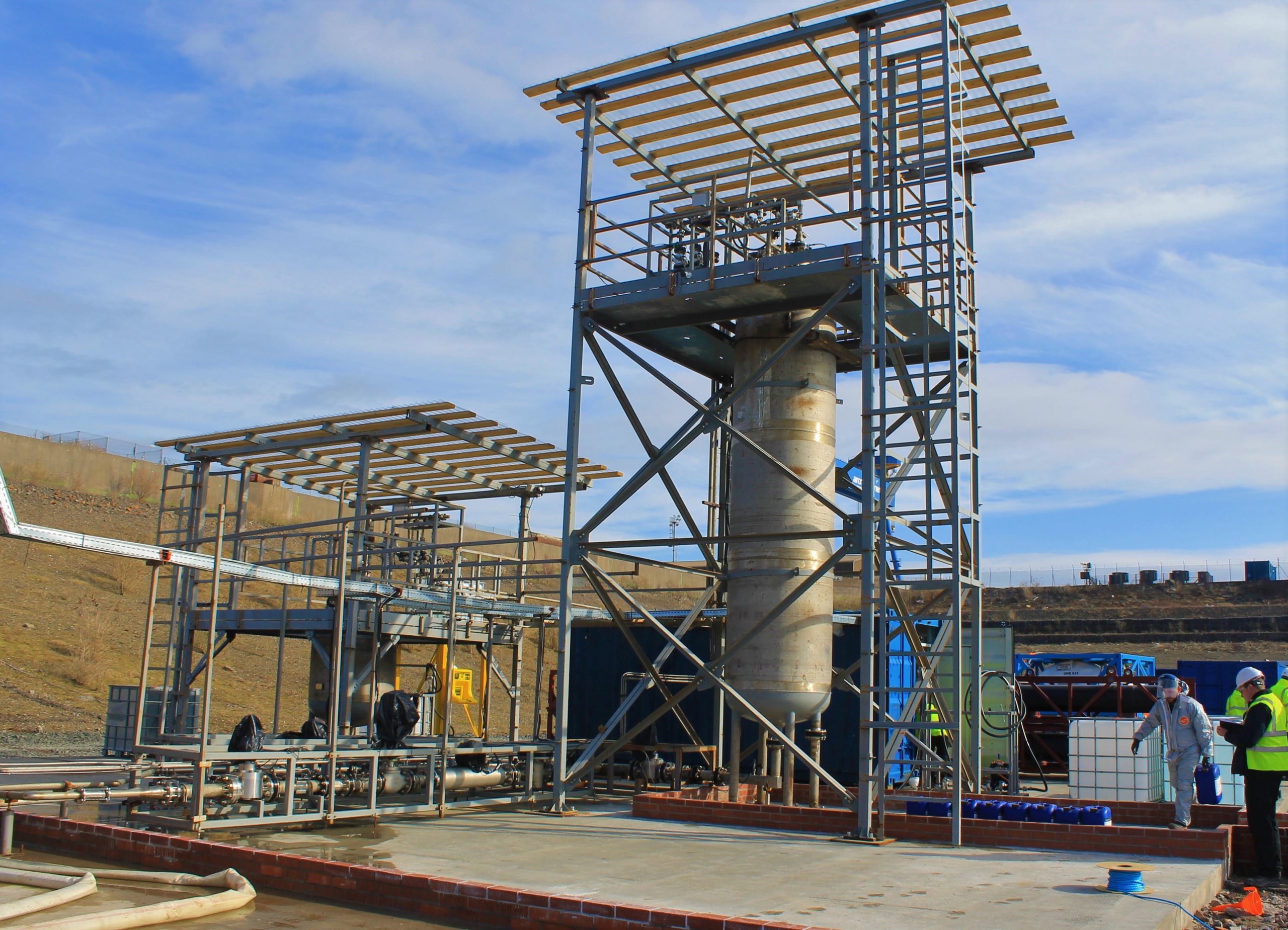 In January 2020, Skyrora announced it had completed up to 25 tests on their 3.5kN upper stage orbital engine testing their Ecosene fuel, an equivalent kerosene derived from unrecyclable plastics. And right before the UK lockdown measures were implemented, the complex saw the three-tonne engine through several tests. The engine produces 30kN’s of thrust, meaning that it is one order of magnitude greater than the 3.5kN third stage.

Skyrora’s main objective of testing engines is to validate the performance of the engine. Variables such as pressure, thrust, flow of fuel and flow of oxidizer were stress-tested and assessed as part of the process.

The three-tonne engine, integrated onto Skylark-L, also underwent a successful full vertical static fire test in May 2020. The 11-metre rocket could be ready to launch from as early as spring 2021 and can reach an altitude of 100km; the test results showed it would have crossed the Karman line.

Following the 3.5kN and three-tonne engine tests, Skyrora is now looking at expanding the test site to allow the rocket company to test their seven-tonne engine, used for the first and second stage of the low Earth orbit (LEO) vehicle, the Skyrora XL.

Dr Jack-James Marlow, Engineering Manager at Skyrora, who oversaw the testing, said: “Our engine test complex is a fantastic opportunity for Skyrora and the UK Space industry. Scotland is heading towards an unprecedented growth in UK space and our complex is one step closer to achieving this. We are planning to test all our engines, which are fully 3D printed and operate on high-test peroxide (HTP, a highly concentrated solution of hydrogen peroxide), at the site. Our recent successful testing of the three-tonne engine is nearly ten times greater in thrust than our last series of engine tests on our LEO engine. We pushed the engine to its limits to find its operational envelope and critical parameters. The engine performed as expected and has enabled us to begin small volume production of the engine”.

Looking to the future, both Skylark L and its 22-metre sibling Skyrora XL will utilise Ecosene – the fuel comprised of waste plastics developed by Skyrora. Technological advances mean Ecosene will be able to produce 600kg of usable kerosene from 1000kg of waste plastics in the space of 24 hours.

Using proven technology from the likes of Black Arrow, Skyrora will use hydrogen peroxide as a fuel oxidiser. This removes the need and cost for cryogenic freezing due to Scotland’s unpredictable weather, which it would prove debilitating in the event of a late cancellation.

The launch vehicle manufacturing company aims to complete the inaugural launch of Skyrora XL from a UK spaceport by 2023.