CHRISTOPHE BERRA insists he is ready to revive his Hearts career after being unceremoniously axed by former boss Daniel Stendel.

Berra, 35, remains baffled by the German’s decision to strip him of the captaincy and farm him out on loan to Dundee in January, emphasising that he was willing to fight for his place.

However, the veteran shone in Tayside, registering five clean sheets in six appearances before the Covid-19 outbreak halted football – and has reported back for pre-season with the Jambos with renewed confidence.

Berra, who is contracted to Hearts until next summer, is determined to battle his way into the plans of returning head coach Robbie Neilson, his ex-Tynecastle teammate, and prove that age is no barrier.

Reflecting on his enforced exile, Berra rued: “I could understand if I was a bad egg but I’m not.

“I was happy to stay and fight for my place but the manager came in and you’ve got to respect his decision.

“I went to Dundee and, looking back, that was a great thing for me. I played in six games, undefeated, kept five clean sheets and enjoyed my football.

“I know I can still play at a good level. I don’t care about age – if you are learning every day, putting in the shift and performing well then you can play far beyond your years.

“I’ll do my utmost in training and, come the first game of the season, if the manager decides to pick me, then great.

“There are no guarantees in football no matter who you are. It’ll be down to me, in terms of how I perform in training and pre-season games.”

While Berra enjoyed a new lease of life at Dens Park, Stendel proved unable to mastermind a revival in Gorgie and Hearts remained rooted to the foot of the Premiership.

That led to their contentious relegation following the SPFL’s infamous ballot when the league was called, followed by months of ugly squabbles, threats and legal challenges.

Berra reckons the great escapes of Barnsley and Luton – who were both in the relegation zone of the English Championship when the leagues were halted – proves the Jambos COULD have survived.

However, he reckons it is time to move on.

Berra continued: “We all know it could have been handled better.

“There were eight games left and if you look at the English Championship, when they returned to play, a couple of teams got out of that danger zone. Who is to say that couldn’t have happened for us?

“But it comes to a stage when it’s been dealt with and we need to move on.”

Hearts will begin their promotion bid against Berra’s old side, Dundee, in October and the former Scotland star acknowledges that the Jambos will be ‘hot favourites’ to claim the title.

However, he has warned against anything approaching complacency.

Berra told The Nine: “We have expectations as a club and, there’s no point hiding it, everyone expects us to go up.

“We’re the hot favourites but in football, and sport in general, you need to earn the right to go up.

“Every team we play against will be trying their hardest – and there are good teams down there; good players. We need to have the right attitude and application.” 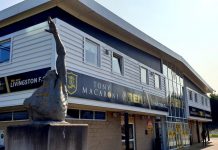 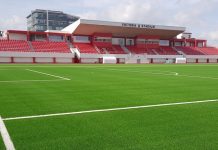 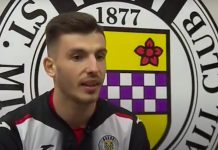