Researchers from the Universities of Dundee and Glasgow have identified a new molecular approach to potentially treat patients who suffer from heart failure.

In order for the heart to be able to adapt its activity to meet the changing demands of the body, control mechanisms exist that allow quick and reversible changes to the way that it beats.

The sodium pump is a protein complex which controls how hard the heart beats, and is regulated by a small accessory protein called phospholemman (PLM).

Several serious cardiac diseases, including heart failure, are associated with abnormally high levels of sodium within special cells that make up the heart muscle. This prevents the heart from beating normally.

To treat patients with heart failure, the Dundee and Glasgow teams looked at ways of increasing the pump’s activity directly.

They have shown for the first time how protein palmitoylation, a type of chemical modification in which a long fatty chain is attached to a specific amino acid within a protein, can be selectively altered using a pharmaceutical agent.

Palmitoylation of PLM slows down the activity of the sodium pump and the researchers have now shown that by targeting and reducing PLM palmitoylation, the pump’s activity can be increased. This is a significant step towards finding a treatment for heart failure.

Dr Niall Fraser, Senior Research Scientist at Dundee’s School of Medicine, said: “Protein palmitoylation regulates a wide range of processes within the body including controlling how cells grow, determining the rate at which the heart beats, influencing transmission of nerve impulses as well as regulating how cells communicate with each other.

“Given this, palmitoylation enzymes in the cell are important drug targets. Previously, we have shown that palmitoylation of PLM reduces the activity of the sodium pump.

“Here, we have shown that PLM palmitoylation can be selectively reduced by blocking the interaction between the sodium pump and its palmitoylation enzyme zDHHC5, which causes an increase in the activity of the pump.

“Although our work has immediate implications for the treatment of heart failure, our therapeutic strategy can also be applied to other proteins that are important for diseases such as cancer and Alzheimer’s.”

Work is now underway to identify a drug molecule that replicates the action of the disruptor peptide discovered by the researchers, opening the door to new treatments for heart failure.

The collaborative work between Dundee’s School of Medicine and Glasgow’s Institute of Cardiovascular and Medical Sciences was funded by the British Heart Foundation. The Glasgow team was led by Dr Will Fuller.

The paper, published in Communications Biology, is the most recent in a series of high-profile palmitoylation papers from the labs. 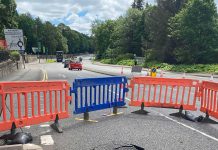 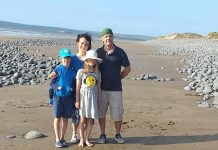