DRAMATIC video shows hailstones the size of golf balls raining down on a Welsh town yesterday, as temperatures elsewhere in the country soared to 35 degrees.

While many parts of the UK baked in a heatwave, the town of Capel Curig in North Wales was being hit with hail so heavy it set off car alarms.

The shower was caught on camera by local Jenny Davies, who runs local sport and leisure group Snowdonia Nordic Walking.

As the clip begins, Jenny is filming outside as the hail lashes down on her car.

The sound of the hail is deafening, as golf-ball sized pellets rain down from the grey sky.

Suddenly, the shower activates the car’s alarm which begins flashing erratically and illuminating the mist.

Jenny took to her company’s Facebook page shortly after to share the footage of the “crazy hail”.

Her video has left many social media users in disbelief.

Pip Sticks wrote: “And I am sat in my garden near Henley on Thames as the sun goes down as the temperature is 28 degrees.”

And Johanne Parsons said: “ Gotta love Wales in the summer, always pack clothes for every season, regardless of the season.”

Speaking today, Jenny said: “It was very surprising as yesterday morning I had to put suncream on my little ones at the park.

“We knew storms were forecast but it was a lovely warm day. Around 4PM the sky changed and went very dark.

“ We could see rain on the mountains heading our way.  Once we heard thunder and saw lightening and had a brief power cut.

“ Then the noise of the hail started- it was louder than any hail I’ve heard before and genuinely scary!

“We were so shocked – I don’t think the video does justice to the size of the hail – it was huge.

“It only lasted a few minutes, but I ran round the house trying to close all the windows and huge balls of ice were on the carpets and window sills.

“ Very scary! It only lasted a few minutes thankfully, but left the garden looking like a snow globe!”

Temperatures for much of the UK continued to climb yesterday, with highs of 35 degrees recorded near Heathrow in London.

Things are set to change again today with large parts of the country set for storms. 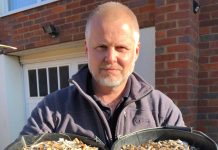 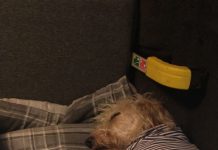 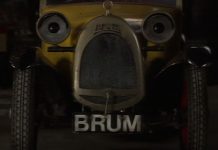