Scran Academy will also be celebrating its third anniversary today on top of the unification with Prep Table Scotland today.

Whilst conversations to join forces were well underway before the Coronavirus pandemic hit the UK, Covid-19 and the Scran Meals Programme, developed to feed the most vulnerable of Edinburgh during lockdown that both charities played a major part in, was a real testing ground and ‘accelerating force’ for integrating both organisations.

This announcement formally comes following a period of joint operations for both organisations to rapidly respond to the Covid-19 food crisis.

This core partnership helped pioneer a citywide food operation, the Scran Meals Programme, that has so far produced and delivered over 112,500 meals to around 3,500 residents across Edinburgh.

All core delivery, assets and staff will continue within the Scran Academy operations.  This primarily includes the café that operates from the NHS Comely Bank Centre becoming the Scran Café (which will be a trading element that creates job placements for young people), securing employment for the Prep Table staff team and the Prep Table Scotland assets transferring to enable increased value for Scran Academy young people.

John Loughton, Founder of Scran Academy, said: “The staff and Board at Scran Academy are delighted to welcome this merger with Prep Table Scotland. We see this as a mature and exciting move that helps us all collectively deliver better social outcomes than either of us could have alone. The epic response we were able to initiate in these last 4 months immediately proves how important it is for social enterprises to work together and embrace change. When things got really tough, we recognised we needed to collaborate, not simply compete.”

Fiona Donaldson, Founder of Prep Table Scotland said: “Looking at what has been achieved by Scran Academy and partners since March this year, gives me great pride in an organisation I had admired for quite some time. In a culture which can be difficult to navigate, to find the core meaning and outcomes of, Scran has always had young people and their families as the engine that powered every decision they had to make.” 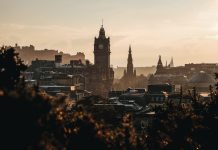 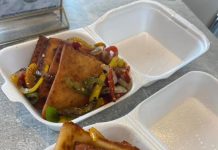 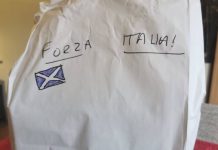