Sibling duo Jess and Tammie Beattie, 24, and 26, originally made the donuts as a one off thank you present, but they had such a positive reaction online they have decided to make them available to the public.

Social media users have been delighting over the “genius” creations, which are sold at £10 a box.

The selection includes the Nutella flavoured “Nut-alie Cassidy”, a nod to actress Natalie Cassidy who played Sonia Fowler on the show.

However the piece-de-resistance is undoubtedly Dot Cotton’s Ashtray, a vanilla glazed donut covered in oreo crumbs to mimic ash.

Edible candy-stick cigarettes also adorn the top of the snack, their realistic design giving the appearance they could have been stubbed out by June Brown herself.

The brains behind the quirky goods are sisters Tammie and Jess Beattie, 24, and 26.

Tammie explained the inspiration behind the bakes, saying: “We both loved watching Eastenders growing up, we were very much an Easties household.

“The idea of incorporating that into the donuts started from calling our leopard print style ‘Kat Slater’ and people absolutely loved it.

“Then we let our imagination run wild and ended up with a whole box of ideas.”

Social media users have since been vocal in expressing their love for the snacks since a photo of the box was shared on Twitter on Saturday.

Dayna McAlpine posted the donuts saying: “I was sent a box of Eastenders themed doughnuts and let me tell you I am screaming.”

Rona Bell wrote on Twitter: “The Kat Slater one, I need her.”

Megan Raine added: “These are incredible, literally spent 15 minutes on their Instagram drooling and regretting my decision to go gluten free.”

Responding to the reaction, Jess said: “It’s mind-blowing. We absolutely did not expect the reaction that it’s had.

“We saw someone say they wanted Dot’s Ashtray as their wedding cake.

“The love for the box has been amazing, we’re just so grateful.” 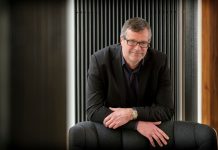