A SCOTTISH university has been awarded a multi-million pound research grant to tackle Parkinson’s disease.

The “opportunity of a lifetime” will see Dundee University receive £7 million to help develop a better understanding of the disease.

Professor Dario Alessi from the university says the three-year award from the Aligning Science Across Parkinson’s (ASAP) initiative will have a “transformative impact” on Parkinson’s research.

Professor Alessi will lead a team at Dundee’s MRC Protein Phosphorylation and Ubiquitylation Unit (MRC-PPU), linking up with counterparts at Stanford University in the United States.

The Dundee-Stanford team will now join an international network funded by the ASAP initiative, in partnership with The Michael J. Fox Foundation, to generate new knowledge in Parkinson’s disease.

Professor Alessi, Director of the MRC-PPU, said: “This is the opportunity of a lifetime as a Parkinson’s disease researcher.

“This ASAP Initiative award will enable us to recruit new talented researchers to Dundee and to be part of one of the biggest initiatives in history to accelerate understanding of the origins of Parkinson’s disease, embracing high-quality and fully open and interdisciplinary collaboration.

“It is also a major step towards our goal of creating a world-leading Parkinson’s Research Centre at the University of Dundee.”

Parkinson’s is the fastest growing neurological condition in the world and, at present, there is no cure.

Much of the research undertaken by Professor Alessi over the last 15 years has focused on understanding how mutations in a protein kinase called LRRK2 can lead to higher susceptibility to Parkinson’s.

His team have made seminal advances in recent years, including the discovery of the physiological targets of LRRK2 called Rab GTPase proteins.

The new programme will see the Dundee-Stanford team investigate the role LRRK2 plays in controlling compartments of the cell that appear to be vulnerable in Parkinson’s neurons.

These studies may expand understanding of which Parkinson’s patients would benefit most from the LRRK2 inhibitors that are in development, as well as leading to new ideas for treating Parkinson’s.

A particular feature of the ASAP initiative is that collaboration between teams and open science will be promoted to stimulate faster research progress.

Professor Alessi’s research programme has already collaborated with Professor Suzanne Pfeffer’s lab in Stanford for several years on the mechanisms of LRRK2 biology, as well as with his Dundee colleague Professor Miratul Muqit.

Professor Muqit added, “I am delighted to join the ASAP network and am looking forward to working with Dario and colleagues at Stanford and beyond to make fundamental breakthroughs into how LRRK2 regulates mitochondrial function and how this may be linked to other Parkinson’s pathways.

“Parkinson’s has been a challenging disease to find treatments for and I believe that this exciting collaborative initiative offers the best chance of achieving this”. 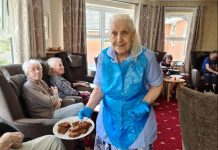 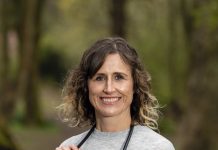