At the beginning of the year, despite dark mornings and even darker evenings, public transport was relatively safe. Whether it was the daily commute to and from work or simply jumping on a bus into the high street; public transport wasn’t something people gave a second thought to.

Fast forward to March and a pandemic swept the nation. A virus hit all four corners of the globe and multiple countries were put on lockdown in order to halt the spread.

With the vast majority of the country safely working from home, public transport became an almost ghost town like entity. Today however, with more and more people now returning to their place of work, public transport is once again being leaned upon to move the masses to and from A to B.

The question is however, with the virus still very much in the air, how can we use public transport safely and better yet, what’s the safest way to travel in public full stop?

There are three main options when it comes to public transport. These include:

The question is, which is the safest option?

While trains and buses are of course still running, there are very obvious risks that come with using this method of transport.

Both modes of transport cater for large groups of people and while right now, buses and some trains are limiting the amount of people that can enter the bus at any one time, that doesn’t stop the fact that multiple people will enter and exit the bus or train throughout the day.

This means that not only seats, but touch points such as handles will be harbouring all manner of germs and bacteria. It’s then a case of relying on the bus company to clean touch points and seats as each person enters and exits which, realistically speaking, simply isn’t possible.

It’s also worth noting that while buses may have a limit on the amount of people who can use them at any one time, a great number of trains do not and as numerous publications have highlighted, trains are still very much packed at certain times of the day, making them a hot spot for spreading of infection.

Travel With Peace Of Mind

Thankfully, there’s a way to travel with complete peace of mind and that’s through the use of a private minicab. With private minicabs, whom are regulated through governing bodies, you’ll enjoy private travel with just a driver, often behind a plastic screen.

Let’s take the likes of Woking Taxi as an example; not only are they insisting on people using cleaning agents on their hands before and after use as well as masks but they’re also cleaning and sanitising the inside of their cabs after each use.

Add to this a policy in which their passengers must sit opposite the driver where possible during each journey to increase the distance between driver and passenger, and it’s clear to see that regulated travel using this form of public transport is by far the safer alternative.

If you’d like more information on private minicabs or would like to find out how you can use this method of public transport to ensure complete safety on your next journey, simply contact Woking Taxi today on 01483 310164. 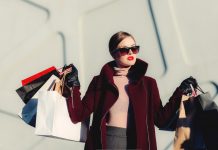 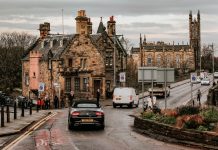 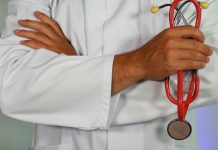